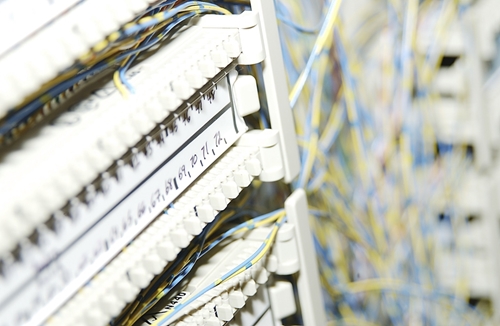 For multiple decades, hard disk drive devices have been the norm for data storage solutions. Outside of certain sectors such as industrial operations, companies have leveraged traditional HDDs because of their relatively cost-effective technology, resulting in less resources being spent per gigabyte of storage space. However, the cost of NAND-based flash technology has dropped substantially in recent years, making the once expensive solid state drive a viable solution for many enterprises. According to research compiled by Computerworld, the cost-per-gigabyte of SSDs dropped 66 percent over the last three years.

This is encouraging news for businesses looking to improve their operational performance since SSD drives can significantly reduce latency issues resulting from input/output bottlenecks and improve the launch speed of critical applications. Unlike traditional HDD devices, SSDs are not dependent on the movement of sensitive magnetic drive heads and platters, meaning they can read and write data at a much quicker pace. Now that the technology has become more affordable, many industry experts expect a surge in SSD adoption rates in the coming years. Morgan Stanley analyst Katy Huberty predicted that revenue from the global enterprise SSD storage market could potentially hit $20 billion over time.

SSD applications in the data center environment
The benefits provided by SSD drives could be especially enticing to data center operators. Regardless of their function, whether used for data storage purposes or to host public cloud services, the success of a data center hinges on the ability to quickly and reliably access and utilize applications and files. Latency issues can result in dissatisfied clients and high customer churn rates as performance quality dwindles. That is what makes solid state technology a viable candidate for data center applications. As noted on the industry observer blog Tech Insidr, HDDs remain the standard for data center storage, but the benefits of SSD technology and lower cost of entry may be too enticing for server room managers to ignore for long.

"[SSD] solutions are especially useful in the datacenter for cloud computing customers, who often process several hundred requests per second," the site stated. "Traditional spinning platter hard drives were not meant to handle the rigors of such a workload. Even in 2012, hard drives are often still the bottleneck and can bog down performance in a meaningful way. By putting NAND in the datacenter, it speeds up the data retrieval process and improves performance in a big way."

Tech Insidr predicted that, as more businesses become aware of the performance benefits provided by SSD drives and the technology drops in price, adoption rates will grow significantly, potentially resulting in SSDs seeing standard usage across all data centers by 2018.