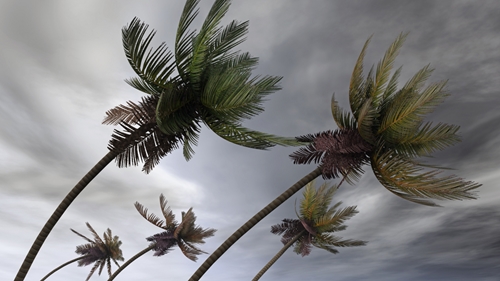 Many businesses are so concerned about the threats posed by competitors, mercurial consumers and shifting market conditions that they fail to properly consider the danger presented by mother nature. Severe storms can cause substantial damage to legacy hardware, potentially resulting in a catastrophic instance of data loss that could threaten a business' ability to pick up the pieces and carry on. To prevent these circumstances from occurring, managers should deploy a variety of storage redundancies – including data archiving solutions – to establish an extensive defense against data loss and bolster business continuity.

The need for data archiving solutions and other backup storage options will be especially necessary this summer. According to forecasts from AccuWeather, the summer of 2013 will have an active severe storm season at least through the early months.

"People can't let their guard down," AccuWeather senior meteorologist Dan Kottlowski said. "It looks like everybody is going to be vulnerable to severe weather this year from the Gulf of Mexico in early April up to the Midwest by late in the spring and early summer."

Forecasters predict weather conditions during this period to be conducive for the development of an above-normal number of tornadoes in the United States. In addition, coastal states will have to remain alert for potential hurricane activity, while many western communities may have to contend with expansive wildfires.

In fact, Colorado has recently experienced the most destructive wildfire in the state's history, according to The Weather Channel. The fire reportedly stretched across a 22-square mile area, destroying nearly 500 homes in the process. Many residents have been forced to evacuate, leaving behind their homes and businesses.

Preventing harmful data loss with archiving solutions
According to IT Management, natural disasters such as floods, earthquakes, tornadoes, wildfires and hurricanes all pose a significant threat to the continued prosperity of businesses, both large and small. Data recovery, backup and archiving solutions are necessary to prevent these events from destroying an organization.

"Hard drives break down frequently and natural disasters can wipe out facilities and equipment," the source stated. It continued, "That's why it's essential for companies to configure their backup systems and archiving strategies carefully."

IT consultant and TechTarget contributor Jon Gaasedelen recently argued for the deployment of data archiving solutions to mitigate the damage caused by unforeseen disasters including severe weather incidents. Although Gaasedelen conceded that the archiving process could potentially disrupt business operations if carried out ineffectively, he explained that high-quality software could offset potential problems with its efficient archiving capabilities.