Looking at the future of NAND flash 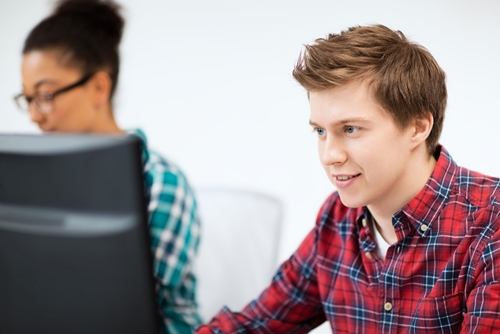 What is the future of NAND flash? For several years, the price of SSD drives has been declining as manufacturers have discovered new methods for creating smaller cells that still write reliably and with minimal interference. However, SSD makers may be bumping up against the limits of current technology, forcing them to consider multi-level arrangements or possibly vertical NAND.

Reporting on the most recent Flash Memory Summit for PC​ Magazine, Michael Miller chronicled the trend toward smaller SSDs. One manufacturer showcased a drive with 19 nanometer triple-level cell memory, 1 GB of DRAM cache and up to 1 TB of capacity. Similarly, consumer SSDs are being slimmed down, with drive makers gravitating toward tiny profiles like m.2, which is smaller than either mSATA or 2.5 inch HDDs. Most major HDD manufacturers are diversifying into flash, creating SSDs and hybrid drives.

Changes in cell technology and arrangement
While SSDs have benefited from the convergence of progressively smaller cells, lower prices and higher capacity, manufacturers could still face obstacles, especially as it becomes more difficult to avoid interference and performance bottlenecks.

"It's pretty clear the basic technology the industry has been using to make flash memory, what is known as floating gate NAND, seems to be reaching its limit, with most of the makers having trouble creating working versions below 16 nm to 19 nm," explained Miller, later adding "We've heard that floating gate NAND has been reaching its limits before, but now manufacturing at smaller geometries appears to be getting very difficult, especially due to the delays in extra ultraviolet lithography equipment."

In a piece for SiliconANGLE, Bert Latamore stated that current NAND cells are often less than 20 nm in size, meaning that they allow for dense SSDs that have become increasingly useful for businesses with high storage requirements. Although possible successors to NAND, such as magnetoresistive, atomic and phase-change storage, are on the horizon, NAND still has the advantage in terms of its affordability and maturity,

"NAND Flash has benefited from massive demand generated by the boom in consumer mobile computing devices of all kinds, that drove tremendous amounts of manufacturing ramp up and associated price decreases, helping make it practical for use in much larger amounts," Latamore wrote.

To create denser storage arrays with consistent performance, SSD manufacturers may also turn to 3D or vertical NAND, which uses multiple memory cells and in some cases does not require EUV tools.