The advantages of working with uncompressed video 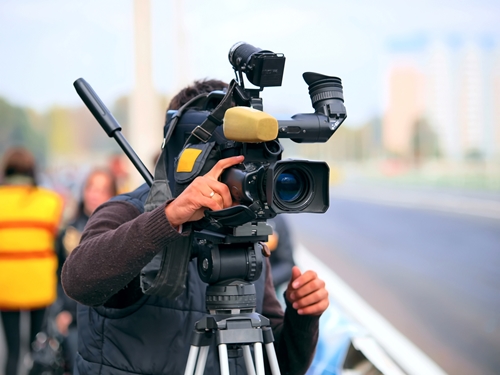 For videographers and media professionals, uncompressed video recording is the best way to capture accurate and high-quality footage, whether for filmmaking or documenting an event like a wedding. In addition to offering better color accuracy, clarity and file stability than compressed instances, uncompressed videos are also increasingly easy and efficient to store, using a Professional Video Series SSD from DIGISTOR, which ensures rapid writing and reliable long-term storage. With up to 480 GB of capacity, these SSDs are the perfect way to record in uncompressed HD, which is not supported on most off-the-shelf SSD drives. Drives from other manufactures may also lack the specific optimizations that DIGISTOR SSDs feature for Blackmagic hardware.

The advantages of uncompressed video
Why is uncompressed video the ideal for the professional videographer? In the simplest terms, uncompressed video recording produces higher-quality images. Compressed video often has issues with slightly off-color gradients and electronically generated backgrounds, which are created during the compression process. Videomaker contributing editor Kyle Cassidy explained that compression, while not always noticeable in small doses, can become a major distraction when overused. Typically, compression is utilized for representing redundancies as a single unit.

"[C]ompression is a bad idea in the long run precisely because of its success in removing redundancy," explained compression expert Kevin Marks.  "If you have a single bit error in a compressed stream it will make the rest of the frame, or possibly many frames, corrupt. In the worst case it can destroy the rest of the file from then onwards."

A Creative Planet Network article sounded a similar note in assessing the videography community's attitudes toward compression, adding that special image effects may suffer when using compressed video. Similarly, chroma key compositing, or the replacement of an image like a background with a different one, may be more difficult to perform with compressed footage. Although the source stopped short of declaring a definitive link between compression and shallow bit-depth in audio, it noted that compression may compound many of the issues traditionally attributed to bit-depth problems.

Uncompressed video in postproduction
With storage continually increasing in capacity and affordability, the practical need for compression may also be disappearing, giving videographers greater freedom in how they film and edit. A key benefit of shooting uncompressed video is that it is easier to apply postproduction techniques to it later.

Speaking to Creative Planet Network, Discreet product manager Maurice Patel explained that much of the value in a video is often added during postproduction. To make the most of color correction, filters and chroma keying, videographers need access to as much file data as possible, and they can only get that by working with uncompressed video.

"If the service you sell is one of also changing images [pixel by pixel] then compression will be a significant handicap and can cause a rapid decline in image quality," said Patel. "Compression reduces the freedom and flexibility to make any change you want to the image, whenever you want to, in the postproduction process."

With a DIGISTOR SSD, videographers can capture uncompressed video for high-quality editing and reproduction.