Benefits of using SSD drives in an industrial environment 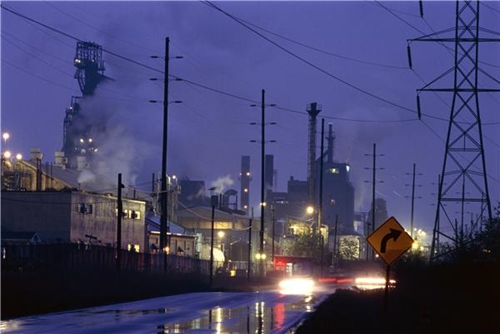 Industrial operations depend on the integration of sophisticated software tools more than ever before. Complex machinery now runs with the assistance of networked devices that can improve their performance and function. In addition, managers rely on enterprise resource planning software to gain a holistic view of the company and monitor activity within various departments. If these software tools were to become unresponsive or prone to latency issues, the operability of an industrial enterprise could be jeopardized. That is why leaders from the industrial sector have consistently deployed solid state technology to meet their storage solutions. SSD drives can provide industrial enterprises with a reliable storage platform that ensures continued software performance.

According to StorageSearch, industrial operations have utilized solid state storage since the 1970s, but widespread use did not occur until the past two decades. Industrial environments require more durable and reliable equipment than traditional enterprise scenarios, and these needs extend to data storage solutions as well. Hard disk drives are largely ill-equipped to operate effectively under industrial conditions where they may face extreme temperatures, massive vibrations and the constant risk of physical damage. This is largely due to the technology's dependency on sensitive internal moving parts to read and write data.

According to SSD industry analyst Jim Handy, the tracks on a terabyte HDD are approximately 100 nanometers apart, meaning that these devices are highly susceptible to vibration and shock. He cited an exercise in which an engineer shouted next to a disk array running on HDD technology. Researchers observed substantial latency surges when this occurred.

"In the data center [HDD vibration sensitivity] may not pose significant problems, especially if you don't make a habit of shouting at the disk arrays, but in other environments, especially in industrial applications, this exercise makes it clear why many engineers choose to use an SSD rather than an HDD, even if they don't need the the SSD's speed," Handy wrote. "I like to give the example of a jet fighter that shakes so much that the pilot may even worry about losing the fillings in his teeth."

Solid state technology ideal for industrial use
SSD drives, meanwhile, are not susceptible to disruptive vibrations as they run on NAND flash memory without any moving parts. In addition, they have been found to be more reliable in environments with extreme temperatures. According to StorageSearch, SSD drives can operate under temperatures spanning from -40 degrees Fahrenheit to 185 F. This makes solid state technology the obvious storage solution for enterprises that run under unusual temperature conditions.

Enterprise managers interested in adopting solid state technology as a data storage solution should consider consider DIGISTOR's industrial strength SSD drives. In addition to being specifically designed to handle the rigors of operating in an industrial environment, these devices are capable of providing lightning-fast data transfer rates. With models supporting various generations of SATA interface, DIGISTOR's solid state products can deliver transfer rates up to 6 Gbps. Contact DIGISTOR today to begin benefiting from the superior performance and durability of SSD technology.