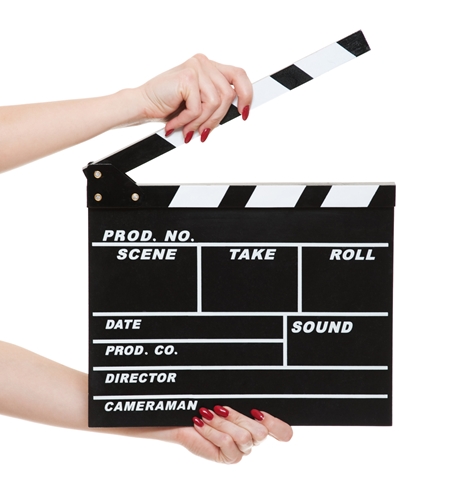 For filmmakers, videographers and other professionals who work with video media, only the most sophisticated tools will do. Video capture technology has made some significant advancements in recent years, allowing users to enhance the quality and clarity of their content beyond anything witnessed in previous decades. High-definition video has become so prevalent among various medias that consumers expect a certain level of quality regardless if the creator is a famous director with the backing of a major studio or a self-financed indie filmmaker. These circumstances inevitably place more pressure on video media professionals with limited resources to make the most of their assets and effectively allocate their funding. It likely comes as welcome news then that the latest high-performance camera from Blackmagic Design will launch at a lower price point than initially thought.

It has been widely reported that Blackmagic Design's Production Camera 4K model is now available on the manufacturer's website with a price tag of $2,995. Officials from the company have reduced the initial cost of the product approximately 25 percent since it was first announced in 2013. Writing on his Stark Insider blog, tech industry veteran Clinton Stark noted that the drop in price may be an attempt to stay competitive with a forthcoming camera set to be released by Panasonic. By getting a jump on its competition, Blackmagic Design stands poised to take advantage of the market's demand for high-quality video capture features from their cameras.

"One of the guiding principles behind Blackmagic is to give a filmic look to digital capture," Stark wrote. "In particular, the company has quickly become known for its ability to provide 12 stops of dynamic range (with all models, including the Pocket Cinema Camera, Cinema Camera, and Production Camera 4K). This feature results in footage this less contrasty (for lack of a better expression), and provides more detail in the blacks – results that most filmmakers lust after."

​Benefits of high-performance video capture
Blackmagic Design's products have garnered similarly rave reviews from video professionals and journalists alike. USA Today tech columnist Jefferson Graham recently shared his satisfaction with his Blackmagic product, explaining that he is now able to capture raw video for greater clarity. He noted that digital single-lens reflex cameras compress video files, inhibiting image quality for that type of content. Although Graham conceded that traditional DSLRs may create crisper images straight away, Blackmagic Design's cameras offer a higher overall ceiling. With the right tools and know-how, users can tweak their videos to be much more dynamic, resulting in a more cinematic feel.

Stark highlighted several features in Blackmagic's latest offering that are sure to further entice video media professionals, including global shutter, Super 35 sensor, CinemaDNG recording and SSD storage. SSD drives are vital to making the most of Blackmagic's line of sophisticated cameras. Without a reliable and high-performance SSD in place, video media professionals will not be able to effectively capture the raw video that distinguishes Blackmagic products from other available options.

Prospective Blackmagic Designs adopters should be sure that their selected SSD drive has the performance and durability to reliably aid their video capturing needs without incident. While there are some off-the-shelf SSDs that have been certified for Blackmagic Design use, not all of these options are up to the task of shouldering a professional's raw video workload, leading to subpar performance. DIGISTOR's Professional Video Series SSD has been crafted from the very beginning to work flawlessly with Blackmagic's technology. Right out of the box, users will have a solid state drive that is entirely compatible with Blackmagic's exFAT format, eliminating the possibility of an arduous and painstaking setup process. For filmmakers and videographers who demand the highest level of performance from their equipment, DIGISTOR'S Professional Series SSDs represent the premiere solution for their data storage needs.