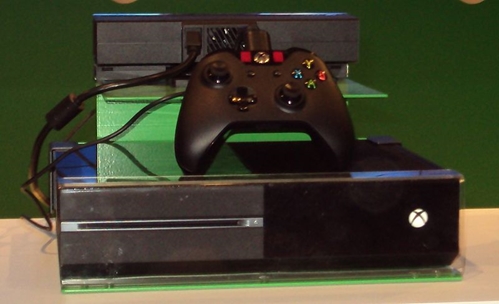 For the better part of the past two months, gamers have been using their next generation consoles and figuring out what the systems are really capable of handling. While the Xbox One has taken significant strides from its previous iteration, that also means that program technology must follow. This can include more sophisticated graphics, larger file sizes and management of complex workloads. At the same time, however, because of these more intensive elements, game information takes up more space on the hard drive and memory components, limiting capacity capabilities.

The Xbox One has been touted as one of the most advanced gaming consoles to appear on the market, and one choice to save the disc drive has become a critical move for Microsoft. The manufacturer’s infamous E3 announcements created significant backlash revolving around various features, including the potential for complete removal of the disc drive, Digital Trends reported. This was ultimately deemed to be unfeasible due to the massive requirements that the new games would bring to the stage. Microsoft included a Blu-ray drive in its system that would allow users to install a lot of content and still have enough space for additional games.

“Obviously, after the announcement and E3, there was some feedback about what people wanted to change,” Microsoft Studios head Phil Spencer said, according to the source. “There was a real discussion about whether we should have an optical disc drive in Xbox One or if we could get away with a purely disc-less console, but when you start looking at bandwidth and game size, it does create issues.”

Until these bandwidth issues are addressed, disc-based media such as Blu-ray will continue to lead the way on high-quality video game consoles. Given the increasing size requirements outlined by today’s most popular games as well as the limited availability of bandwidth, a wholly network-based system is simply impractical at this point. Blu-ray’s massive storage capacity places it head and shoulders above any other format – physical or digital. Blu-ray’s position as the premiere media platform appears to be secure for the foreseeable future.