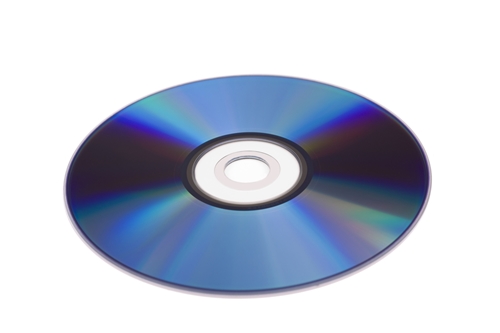 Blu-ray is currently in the midst of a rejuvenation of sorts as organizations increasingly reconsider the format's applications. For some time now, supposed media format experts have claimed that optical discs were outdated and would be phased out in the coming years. These opinions have largely been informed by the rise of streaming media and connected services. Netflix, Hulu and similar online services capable of delivering content without the use of physical media have been seen by some as the future standard for home entertainment – the traditional application for Blu-ray media.

Internet-based content delivery has yet to achieve the same level of reliability and performance offered by Blu-ray discs, however. Limited bandwidth can easily prevent consumers from receiving video that features crystal-clear and highly detailed playback. Blu-ray, meanwhile, provides the same consistent, crisp image quality that has wowed consumers and solidified the format's place at the top of the home entertainment sector.

Businesses look to Blu-ray for archiving
Blu-ray has moved far beyond that narrow focus in recent years, incorporating additional features that offer more enterprise-focused benefits. Most notably, Blu-ray has carved out a position as a cost-effective, scalable and reliable data archiving solution. Some of the tech industry's biggest players have turned to optical media to handle some of their storage needs. Facebook caused waves when it announced its in-development archiving platform that utilizes thousands of Blu-ray discs to quickly and effortlessly scale up storage space.

According to ZDNet contributor Robin Harris, it appears that Facebook is not the only esteemed company to recognize Blu-ray's value as a data archiving tool. Full details regarding Amazon's data backup service, Glacier, have yet to be revealed, but industry observers believe it will be based on optical discs. Although end users will access information through the cloud, that data needs to be stored on a physical drive on Amazon's end. Conventional wisdom would have dictated that the company would use traditional hard drives for these tasks, but that does not appear to be the case.

Harris explained that if proven to be true, Amazon's decision to go with optical discs makes a great deal of sense for a variety of reasons. One of the major benefits to Blu-ray media is its longevity. The fragile internal moving parts that keep hard disk drives running have a finite shelf life that may end sooner than users think. According to Harris, HDDs as well as tape-based devices may need to be replaced within five years of installation, making them poor choices for an archiving solution. Meanwhile, Blu-ray discs that are designed for archiving purposes can continue operating for 50 years or longer. That vastly superior life span will translate into lower operational costs since companies will not need to migrate their archives multiple times during the course of a single decade. Furthermore, that longevity and durability will decrease the likelihood that important information will be lost due to a malfunctioning archive unit that has outlived its usefulness.

From a purely cost-based perspective, Blu-ray wins out as well. Individual discs are inexpensive and plentiful, making inevitable archiving expansions a breeze. Tape- or disk-based alternatives may require far more costly upgrades whenever changes need to be made to the archiving system.

One factor that business leaders may overlook when choosing their data archiving solutions is if the format will meet their legal requirements. According to Harris, rewritable nature of HDDs and tape can create some legal concerns. Because archive-based Blu-ray discs can be write-once, they can better address the legal needs of an organization.

New Blu-ray format embraced by archiving industry
Blu-ray's recent resurgence as a viable data archiving solution has been partially spurred by the emergence of higher-capacity discs. Sony and Panasonic have created a new Blu-ray format specifically designed for backing up large volumes of information. The lowest capacity iteration offers 300GB worth of storage space, while the high-end models offer 1TB. Engineers have pushed the capacity of Blu-ray by creating double-sided discs that feature three layers, allowing for more data to be written.

As EE Times Europe contributor Nick Flaherty noted, this new iteration of Blu-ray media has distinguished itself from its predecessors by effectively ending a format war before it has even begun. In previous generations of storage technology, vying platforms typically competed to gain market share and position themselves at the top. Even the ubiquitous Blu-ray went through such a period, going head-to-head with HD-DVD. This is the first time in decades that a new disc format has been accepted as the industry standard without needing to launch a single salvo.

These higher-capacity discs will prove to be extremely useful for data center operations that require a new approach to their archiving methods. Flaherty explained that switching to a data backup solution built upon Blu-ray archive discs will significantly benefit data centers, including reducing the amount of energy used to write, store and access information that has been traditionally kept on inefficient hard drives.

Blu-ray discs' appeal as data archiving solutions is not limited to enterprises or data centers, however. The format's cost-effectiveness make it a viable platform for smaller organizations as well. With the help of a Blu-ray burner, businesses can carry out a simple yet comprehensive archiving process without breaking a sweat.

"In the era of 6TB hard drives we tend to forget that many businesses don't need petabytes of archive capacity," Harris wrote. "If 50TB of local archive capacity works for you today, with the promise of much higher capacities coming soon, then optical may be your solution."