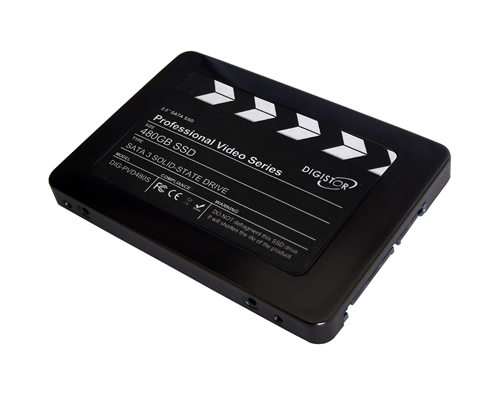 Blackmagic cameras have earned rave reviews from both professional and aspiring filmmakers in recent years. Few brands have offered the capability to capture raw, uncompressed video without requiring users to break the bank. Blackmagic Design’s combination of high-quality performance and a low cost point have solidified its place in the video production market.

Some filmmakers have found, however, that despite Blackmagic’s adherence to excellence, there is still one component that could derail an entire shoot. When looking for opportunities to cut costs on a shoot, crew members may look to short change their acquisition media, thinking that performance will remain steady regardless of the device they use. As award-winning cinematographer Frank Glencairn can attest, investing in a low-cost but ineffective solid state drive can easily blow up in a video crew’s face.

Glencairn has worked on a wide range of productions such as television commercials and feature films. He’s seen it all, including the disastrous effects of ignoring acquisition media. Many off-the-shelf solid state drives have only been rated for compressed video transfers, leading potential adopters to believe they’re getting a level of performance that may never be reached. From his own experience, Glencairn has found that in the long-run, it’s more cost-effective to invest in a high-quality SSD drive instead of purchasing the cheapest option available.

With the recent push for high-definition video, more production crews are opting to capture raw, uncompressed feeds so they record every detail and image. An SSD that has not been designed and rated to handle these workloads will not be able to hit the transfer speeds that they advertise, struggling to keep up with the workload of an entire shot. This will inevitably lead to dropped frames, a reduction in video quality and potentially costly reshoots.

DIGISTOR emerges as clear solution
Because of the nuances of high-level video capture, Glencairn relied on SanDisk products for his acquisition media need – that is, until he encountered form factor problems when using a Blackmagic camera. He found that they were too thin to snuggly fit in his Blackmagic equipment, raising concerns that they may come detached at the most inopportune time. When looking for an alternative solution, Glencairn knew his ideal SSD drive had to contain certain features: reliable, durable, capable of handling 2.5K and 4.5K formats and containing a form factor compatible with Blackmagic hardware.

Glencairn’s answer was DIGISTOR’s Professional Video Series SSD drives. As he discovered, these devices are specifically designed to work with Blackmagic cameras and recording equipment, enabling users to consistently capture the highest quality video possible. That specialization has distinguished DIGISTOR products for Blackmagic use.

Glencairn hasn’t looked back since making the jump from SanDisk to DIGISTOR. His SSD drive offers excellent performance regardless of the shoot’s requirements, enabling him to capture uncompressed video without losing a single frame. For the foreseeable future, the filmmaker intends to continue using DIGISTOR SSDs on his shoots – particularly those where the stakes have been raised. When production crews need an acquisition media device that will guarantee performance, usability and durability, they should look no further than DIGISTOR.