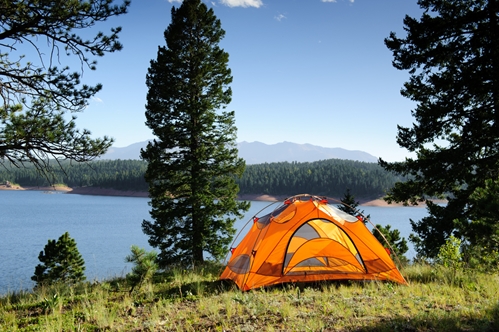 The summer season presents a boon for several industries, particularly for businesses that operate in tourist destinations. For example, coastal communities and lakeside retreat towns see a stark increase in foot traffic during the summer months. For many small businesses operating under these circumstances, revenue made during the vacation season can put their entire fiscal year in the black. However, there are several threats to business continuity that are unique to this time of year that could result in an organization having to shut its doors for good. To ensure that operations continue unabated, small businesses should always deploy data archiving solutions to ensure that mission-critical information remains accessible

Recovering from a significant data loss incident can be extremely difficult even for large enterprises with vast financial reserves. Small businesses face even greater challenges when they have been hit by a major disaster. Although some of these potential threats may come in the form of natural disasters such as floods or hurricanes, even everyday, seemingly innocuous events can cause far-reaching data loss crises, according to Comcast. Forty percent of businesses that close up shop following a disaster never reopen. Even organizations that can weather the initial impact may find that their operations have been hobbled to the point that continued success is impossible. The source stated that 25 percent of those businesses close within two years.

Comcast cited a 2009 AMI-Partners study, which reported that 70 percent of small businesses in the United States had been the victim of a data loss incident that year. These events were the result of either technical or human error and resulted in losses totaling $20 billion across the entire nation. On average, that figure breaks down to approximately $4,700 per small business.

Protecting important files from seasonal threats
The threat posed to business continuity during the summer is substantial, particularly for organizations located in the potential path of seasonal extreme weather phenomena such as hurricanes or wildfires. That does not mean that other small businesses should be satisfied that their mission-critical data is safe from Mother Nature, however. Electrical storms can down power lines, cause transformers to overload and discharge voltage surges that can severely damage on-site equipment. Many organizations depend on battery backups and surge protectors to protect against these threats, but they are not always reliable.

Data recovery expert Michelle Walker suggested that businesses backup their important information with disc-based media in an off-site location. Having a data archiving solution on hand to store job-critical files in the event that legacy equipment becomes damaged and unusable is critical. An optical media-based solution would allow businesses to store their backed-up files on discs that cannot be damaged by electrical fluctuations. Waiting for a crisis to occur before taking steps to secure important data will ultimately lead to a major operational disruption that could threaten business continuity.