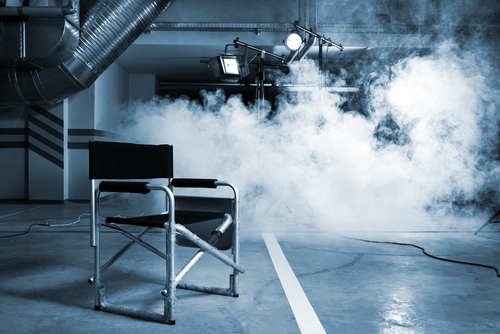 Both established and aspiring filmmakers have more resources at their fingertips for capturing professional-level video than ever before. In the past, it would have been difficult for an independent director to get the same quality of footage as a production team with thousands of dollars worth of cameras, lighting rigs and editing suites. Today, however, filmmakers and other video professionals can lean on new, high-quality hardware to get the performance needed to stand toe-to-toe with studio-backed projects. At the forefront of this push to offer advanced camera equipment at a reasonable price is Blackmagic Design.

Many media outlets have sung the praises of Blackmagic Design, noting the manufacturer's deft balance of quality and affordability with its equipment. For instance, when recently reviewing one of Blackmagic's latest products, the URSA 4K Digital Camera, Ahmad Hafiz took note of the company's overall dedication to performance. Furthermore, the Blackmagic goes above and beyond when considering what features should be added or improved upon to better meet the needs of its customers. User feedback is continually utilized to enhance the quality of Blackmagic products and deliver hardware that will effortlessly capture raw, uncompressed video.

"If you love photography and film, you'll have your arms wide open and ready to receive Blackmagic's 4K Digital Cameras," Hafiz wrote for The Fuse Joplin.

Blackmagic cameras aid professional shoots
Blackmagic adopters have provided numerous success stories outlining how these high-quality cameras helped on their productions. The latest video professional to heap praise upon the recording equipment manufacturer is Jon Hess, an award-winning director, producer and writer. Hess has helped shepherd several major productions to completion, including the Academy Award-nominated "American History X," which he co-produced. As a director, however, he has not released a film in over a decade.

With the help of the Blackmagic Cinema Camera and Pocket Cinema Camera, however, Hess has been able to return to the director's chair with his forthcoming release, "Dead Men Float." The Cinema Camera served as the primary recording instrument with the Pocket Cinema Camera used to help crew members get shots in more confined environments. Leaning on Blackmagic's equipment, Hess and his team were able to capture high-quality, raw video that displays every desired detail. With a large amount of crisp video to work with, the production's editors were able to effectively craft the story they wanted to tell.

"The camera really opened up what I could do creatively," Hess said. "One of the best examples of the camera's quality was during a pivotal night scene. We set up the camera, shot at ISO (1600) and were able to get this beautiful night scene, that in the past, would have taken a whole film crew and a large budget to get."

Consider acquisition media needs
When using a high-quality recording device like the Blackmagic Cinema Camera, it's important for filmmakers to consider their acquisition media needs. Some of this hardware requires a solid state drive to properly capture high-quality video, and short-changing this aspect of the process will come back to haunt a crew. If video professionals choose an off-the-shelf product – even one that has been cleared for Blackmagic use – they may encounter significant performance issues that could dramatically affect a shoot. Not all SSDs have been designed with video capture in mind. Many being released at this moment are actually specified for use with Netbook PCs, leading to form factor issues during the installation process. An ill-fitting SSD will rattle around inside a Blackmagic Cinema Camera, especially during more rigorous shoots. That activity could damage the device, resulting in the loss of whatever video had been recorded.

Video professionals should look to leverage SSD drives that have been engineered specifically for video capturing purposes. DIGISTOR's Professional Video Series SSDs are certified for Blackmagic use, making them ideal accessories for hardware that requires a solid state drive to operate. These high-performance tools ensure that uncompressed, raw video is recorded smoothly with no lags or dropped shots, giving filmmakers the professional-quality video transfer they need to compete in today's media industries.