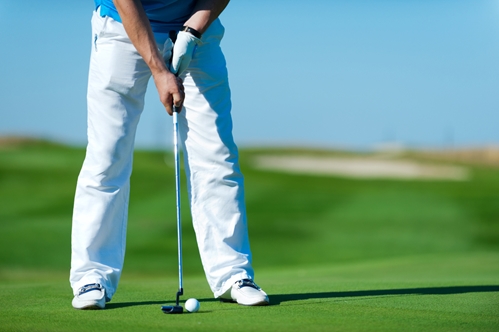 In the face of mounting speculation that it would be usurped by streaming media and cloud storage outlets, Blu-ray media has reestablished itself as a major format by focusing on data archiving solutions. Facebook led the charge earlier this year when it announced an ongoing project to develop an archiving platform based on Blu-ray discs. Now, other organizations are beginning to take notice of this growing trend and investigate the benefits of optical media as a format for large-scale data storage.

Regardless of their industry or sector, businesses across the globe are faced with an irrefutable fact: The amount of data they collect, store and leverage is increasing at a monumental rate. According to a December 2012 IDC study, the amount of digital data in existence will increase by a factor of 300 between 2005 and 2020, reaching 40 trillion gigabytes. Worldwide, data volumes will approximately double every two years for at least the next six years.

This unparalleled increase in information has already placed a great deal of strain on organization's storage systems. Traditional disk-based mediums lack the scalability needed to keep pace with the rise in data. Furthermore, HDDs are notoriously faulty products, prone to damage and operational disruptions. For archiving means, this sensitivity and fragility has created a great deal of concern for business leaders who need to retain their important records for the long haul. Facebook vice president Frank Frankovsky explained to Ars Technica that in order to account for the possibility of hardware failure, organizations would need to invest in backups for their backups or other supplementary tools, potentially wasting a great deal of revenue in the process.

"You need to have a relatively aggressive erasure encoding environment where you have a lot more physical spinning disks, so you can sustain multiple failures and be able to recreate the file in any situation," he said, according to the source.

Golf Channel makes the jump to Blu-ray
Blu-ray discs and other optical media offer the right combination of scalability, durability and cost-effectiveness to present an ideal solution for businesses' data archiving needs. Since Facebook broke ground on its project, other organizations have followed suit. According to TV Technology, Golf Channel recently announced that it planned to adopt an automated, optical disc-based archival system. As a media operation, Golf Channel has a considerable demand for data archiving tools. With high-definition video becoming the standard for television transmissions, broadcasters are only going to see their storage needs increase in the coming years. A single snippet of video could represent several gigabytes of data that must be archived for later use. This is particularly true for sports broadcasters as old telecasts of football games, golf tournaments and other events will draw a great deal of interest for years to come.

For the past eight years, Golf Channel used a linear tape-open system for its archiving needs. However, magnetic tape did not provide the functionality and performance needed to ensure reliable and streamlined data archiving. Ultimately, the organization found itself going through several iterations of LTO technology to keep pace with its changing demands.

"During that time, we realized that LTO was not the ideal solution," said Ken Botelho, senior director of engineering for Golf Channel. "Mylar tape stretches and LTO lacks backward compatibility. We ended up changing through various LTO formats, from LTO 2 to LTO 5."

The source explained that Blu-ray discs provide numerous benefits over tape-based archiving products. For instance, they are not as susceptible to the quality-diminishing effects of exposure to moisture, humidity, ultraviolet radiation, corrosive gases and magnetism. Furthermore, LTO tapes are only designed for approximately 250 read/write cycles, limiting their long-term viability. Some Blu-ray discs have been rated for more than one million passes. This functionality allows users to confidently access information whenever needed without having to worry that they are eroding the device's operability in the process. For an organization like Golf Channel that will likely have to dive into their video archives on a regular basis, this durability provides considerable advantages over tape-based alternatives.

Amazon may be eyeing Blu-ray system
Golf Channel is just the latest organization to turn to Blu-ray for its archiving needs. Industry analyst Robin Harris suggested that Amazon's long-rumored Glacier archiving service will likely run on high-performance Blu-ray discs. He reasoned that a tape- or disk-based system would not be able to account for the company's massive storage needs. Only optical media could get the job done effectively and without breaking the bank.

What makes Amazon's case so interesting is that if Harris' insights prove to be true, the company is using optical media to support cloud storage tools. Many industry observers once speculated that the cloud and other Internet-based tools would render storage discs obsolete. With Blu-ray becoming a viable solution for data storage and archiving, the hosted services that were once believed to eliminate optical media now rely on it to function themselves. Blu-ray will continue to be a major force within this sector, providing large and small organizations alike with the durability and scalability needed to securely store files for later use.