How storage media is keeping pace with video surveillance data 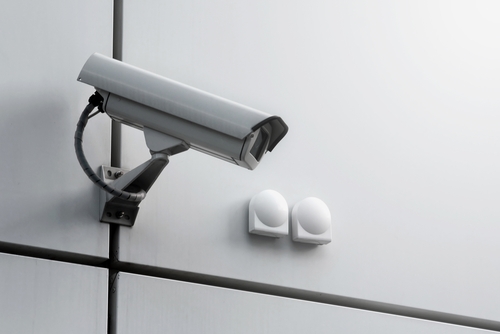 Almost by definition, video surveillance systems require a tremendous amount of accompanying storage. Cameras that record around the clock generate sizable files, many of which will be accessed only infrequently and as such are prime candidates for archiving solutions. Using DIGISTOR Enterprise Archive, companies can take advantage of dependable cold storage via Blu-ray Discs.

The switch from analog surveillance cameras to digital IP cameras has put increasing pressure on video storage media. According to MarketsandMarkets, IP cameras will be rapidly adopted until at least 2018, as surveillance firms seek to take advantage of higher resolution and image quality improvements over analog. However, the accumulation of more IP footage means that companies must find a way to comfortably store video shot at high frame rates.

"A large number of cameras are used in IP video surveillance systems, which are bound to generate the need for more storage," explained MarketsandMarkets. "The migration from analog to IP has more than doubled the need for storage capacity. Rising expectation for better picture quality will further lead to the requirement for more memory space."

One possible solution is to edit old and/or noncritical video down to a lower frame rate to save space. Similarly, the H.264 compression standard has become an increasingly popular way for businesses to reduce storage overhead and move files to different media.

For companies that require higher quality and original frame rates, however, data archiving solutions may offer a better way forward. DIGISTOR's enterprise solutions feature Blu-ray jukeboxes that can safely shelve terabytes of video and other data for years, making them superior to common alternatives, such as magnetic HDDs or tape, which may consume more power and fail more easily due to mechanical components.

Video storage becoming more affordable
Writing for Officer.com, Ray Heineman chronicled the long term decline in the price of physical storage. Even as enterprises face the prospect of big data applications and IP cameras generating enormous amounts of information, they can still turn to cost-effective storage that keeps video assets on premises.

"[S]torage costs have dropped by a factor of well over one million since 1984," electrical engineering professor and Brookings Institute fellow John Villasenor told Officer.com. "Not surprisingly, that fundamentally changes the scale of what can be stored. Memory costs do not become a major obstacle to video surveillance unless the system is truly massive. Even then, the obstacle will only be temporary."

Although some companies have used public clouds to back up data and video, doing so creates several risks. Without ample bandwidth, cloud services can perform slowly or simply stop working. Villasenor argued that the affordability of physical media for video backup meant that the cloud may actually be one of the costliest ways to store data, a position echoed by Space Monkey co​-founder Alen Peacock in an interview with Enterpreneur. The cloud, Peacock asserted, requires long-term infrastructural costs that can add up without a business noticing.

By using DIGISTOR Blu-ray recordable media and data archiving solutions, businesses can avoid both cloud pitfalls and magnetic storage media. High capacity disks and easy-to-use software make it more feasible than ever to maintain a comprehensive video archive for years.