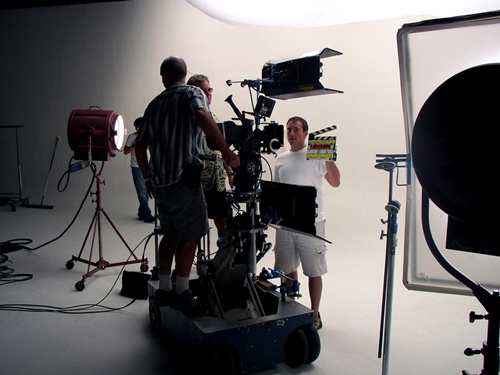 Given Mac’s popularity with professionals with high-end video editing needs, it’s important that production crews successfully establish a bridge between their computers and their acquisition media devices. In order to ensure that they are able to capture clear, high-quality video without losing a single frame, many filmmakers supplement their high-end video cameras with a stable and trusted storage device like DIGISTOR’s Professional Video Series SSD. These powerful SSDs are especially popular among users who prefer to shoot video with Blackmagic Design cameras as they are specifically designed with the manufacturer’s preferred format and form factors in mind.

DIGISTOR SSDs, Thunderbolt adapters offer unmatched speed
When connecting a DIGISTOR SSD to a Mac computer, production crews may want to include an adapter to take full advantage of the solid state drive’s speed and transfer video without delay. The Seagate Backup Plus Portable Thunderbolt Adapter offers the fastest connection speeds possible for video professionals using Mac-based editing software. Like DIGISTOR products, the Thunderbolt adapter has been designed specifically with these individuals in mind, enabling them to transfer data 20 times faster than with a standard USB 2.0 connection.

Even considerably more sophisticated USB 3.0 ports can’t match the speed offered by Thunderbolt. Mac users may believe that a USB 3.0 connection will net the data transfer rates they need to ensure reliable, high-quality recording and editing capabilities when working with raw, uncompressed video. The truth is these ports are not up to the task of wringing the full performance out of a top-of-the-line SSD. Thunderbolt offers the only Mac-based connection fast enough to read and write data at full speed on an SSD drive. Furthermore, with its easy-to-use interface, Thunderbolt allows users to simply plug in their SSD drive and connect directly with Mac hardware.

By harnessing the speed and performance of both DIGISTOR’s SSDs and the Thunderbolt adapter, production crews can harness lightning-fast data transfers, migrating raw uncompressed video to their Macs for editing. Furthermore, because Thunderbolt accentuates the speed of Professional Video Series SSDs, filmmakers can edit their work right on the drive itself, eliminating potential headaches and costly delays.

Given the many rigors and stresses associated with professional film shoots, it’s important that industry members eliminate complications whenever possible. By pairing high-performance DIGISTOR SSDs with a Thunderbolt adapter, they can maximize their data connection speeds when working with Macs, drastically improving and streamlining the editing process. This combination ensures that production crews are able to capture clear, uncompressed video without losing an iota of quality.