How to play back Blu-ray video on a Mac OS 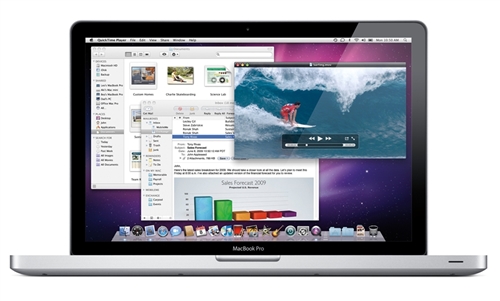 For many individuals, Blu-ray presents the ideal format for backing up their cherished video, music, photos and other invaluable files. Mac users, however, may still be missing out on some basic features that could increase their enjoyment of Blu-ray media. Most notably, consumers who utilize the format for data archiving purposes, may not have the software in place to enable video playback. Why not capitalize on the presence of a Blu-ray burner and play high-definition videos with crystal-clear transfers?

Because the current Mac operating systems do not natively support Blu-ray playback, users will have to get a little creative in order to achieve this feature. Luckily, they have a few options available to them to effectively turn their archiving Blu-ray drive into a video player, including:

Handbrake/MakeMKV
The Mac Observer co-founder Dave Hamilton highlighted one workaround involving the open source video transcoder, Handbrake. When used in conjunction with a VLC player, the free-to-use program enables Mac users to read optical discs, copy their content and convert the data into a viewable format. However, even the combination of VLC and Handbrake isn't enough to achieve video playback with Blu-ray discs. Mac users will need to add another program to the mix: MakeMKV. According to Hamilton, this program enables consumers to copy Blu-ray content from the disc and convert it into a usable file.

There are some points to consider when going this route. First, deploying Handbrake, VLC and Make MKV in this manner is not a simple plug-and-play process. Individuals will have to manually change some code in the Terminal to add the command lines needed to make the three programs work harmoniously. Second, Make MKV is not free-to-use software. To get the full version, Mac users will need to buy the app.

Macgo
Another method that consumers may find easier to carry out is to simply install the Macgo program. The software was specifically designed to allow for Blu-ray video playback on a Mac OS. Like Make MKV, Macgo is not a free-to-use application. Given the convenience offered by Macgo, however, it provides far greater benefits. The program supports playback both directly off of the disc itself or from an ISO file. This flexibility gives Mac users more options when managing their high-definition video files.

The only requirement for utilizing Macgo is having a Blu-ray drive in place to read the discs. A high-quality external Blu-ray burner from DIGISTOR presents the final piece of the puzzle, enabling Mac users to watch HD videos on their computers. In addition, DIGISTOR customers can take advantage of the REWIND archiving software that comes packaged with many of the company's external drives. With this program, individuals can safely and reliably archive their important files for later use. This means that in the event of a hard drive failure, these consumers will have access to backups of all of their data on durable Blu-ray discs.

When comparing the various options for enabling Blu-ray playback on a Mac OS, the benefits of a Macgo/DIGISTOR Blu-ray burner combination are too plentiful to ignore. Other methods present a number of hoops for users to jump through, resulting in far too many headaches for what should be a relatively simple process. Pair DIGISTOR's unparalleled external Blu-ray burners with Macgo software to begin watching high-definition videos on your Mac computer today.