How to playback Blu-ray movies on a computer 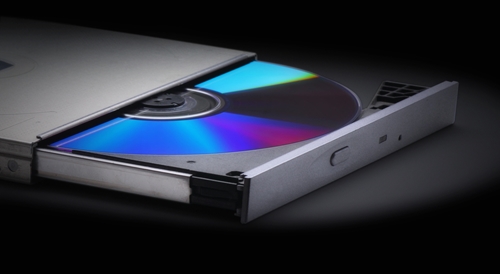 Consumers today expect far more functionality from their electronics than previous generations. Some exceptions aside, the public generally frowns upon proprietary software and hardware that is only compatible with select devices. This extends to video media formats such as Blu-ray discs. Thankfully, Blu-ray has proven itself to be an extremely versatile medium, capable of offering video playback on a wide range of hardware. For individuals who do not have a dedicated Blu-ray player but want an easy way to enjoy the high-quality performance and image clarity this format offers, their current desktop or laptop offers a viable solution. Many consumer PCs now feature Blu-ray compatibility out of the box, but even those that don't can be tweaked to provide that functionality. People may be surprised to find that with a tiny bit of effort, their computers can offer the same high-quality video playback as a stand-alone Blu-ray player.

Getting Blu-ray playback on a PC
PC users should first check to see if their computers already have the option to play Blu-ray discs. If not, there are several software options available for PC users such as: PowerDVD, TotalMedia Theatre, WinDVD Pro, Leawo DVD Fab and MacGo. At DIGISTOR, we generally recommend ArcSoft TotalMedia Extreme 2, which offers full featured Blu-ray playback as well as a complete suite for authoring, editing and capturing high-definition video. This software runs on the most widely used PC operating systems including Windows XP, 7 and 8 and comes bundled with several DIGISTOR external and internal Blu-ray drives.

Setting up a Mac for Blu-ray use
Those who rely on a Mac as their primary computer may be presented with more obstacles to Blu-ray playback, but these can be overcome. Currently Apple's Mac OS does not support Blu-ray media, so users will need to find a software package that will address this issue. Macgo is one such application, offering a simple way to achieve Blu-ray playback on a Mac as long as the computer has a compatible Blu-ray drive. To complete the process, Mac users can install a high-quality external Blu-ray burner from DIGISTOR. This will allow them to watch high-definition videos on their machines while also offering a reliable method to backup some of their most priceless files.

Other considerations to keep in mind
It's critical that PC users ensure their monitor and computer are compatible with high-definition copyright protection standards. Many Blu-ray playback solutions require such compatibility to properly stream video. Without HDCP-ready hardware, consumers may be unable to watch Blu-ray movies on their computers. This consideration should be extended to the machine's graphics card as well. Many brand name models come equipped with HDCP compatibility out of the box, but this may not be true for stand-alone products. Individuals who have opted to build their own computers piecemeal should check to be sure their graphics card is in accordance with HDCP guidelines.

Another issue consumers should be aware of when pursuing Blu-ray playback on their computers is if they have the proper built-in connections. To properly stream high-definition video, PC owners will need to have the right ports to connect their devices, including DVI or HDMI. Once consumers have properly configured their machines and obtained the right accessories, they can begin enjoying the benefits of quality Blu-ray playback.