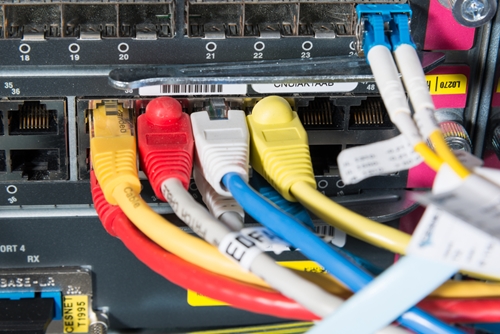 Cable television and Internet service provider Comcast has been rolling out data caps for its broadband users. The move may be an attempt to prevent would-be “cord-cutters” from abandoning Comcast’s pay TV service in favor of HD streaming options such as Netflix. At the same time, it will make it much more difficult for users to backup and restore large quantities of data via cloud services without having to pay onerous overage fees.

Comcast caps broadband data at 300GB per month
According to GigaOM, the cap may be approximately 300GB per month. After users breach the limit, they must pay $10 for each additional 50GB, or 20 cents per GB. For context, most HD online video content requires 2GB of bandwidth per hour, and professional photo and video collections can easily total hundreds of gigabytes.

The move has attracted controversy, despite Comcast’s attempts to deflect attention. The rollout was staged to affect less competitive markets in the southern U.S. first, with trials beginning in Tennessee before spreading to nearby states.

Comcast’s initiative isn’t unprecedented. Many other providers having already experimented with caps that either feature overage fees or cut users off entirely. Either way, these caps put a premium on working with large digital asset collections online. The more data that users puts into a cloud service, the more they may end up paying to back-up, sync and restore it.

Despite past claims that caps were inevitable because of overtaxed networks, it appears that these limits have less to do with capacity issues than their operators’ business initiatives. The Federal Communications Commission has been silent as ISPs move forward with these data caps that are primarily revenue generators rather than technical necessities.

“The cable industry for years claimed that such caps and overages were necessary due to network congestion, but in January admitted the congestion justification was false,” stated DSL Reports. “Such usage caps are simply a way to protect TV revenues from Internet video while raising rates on already expensive broadband in uncompetitive markets.”

Bandwidth-intensive streaming video applications are certainly one of the most prominent casualty of broadband caps. However, Comcast’s limits would broadly impact online services. They would even affect video gaming, since consoles like the Xbox One require tremendous bandwidth to power their cloud-based services.

With the Internet services market facing an uncertain future in terms of pricing, professionals may need to rethink their backup and archiving strategies. Given the tremendous size of many users’ digital asset collections – especially if they include photos and videos – 300GB per month is not going to cut it for an online service, especially once they factor in the amount of bandwidth needed for restore operations.

DIGISTOR provides data archiving solutions for consumers and enterprises that allow users to safely store everything on high-capacity Blu-ray Discs. With DIGISTOR REWIND for PC and Mac, consumers can keep their digital assets safe in the long run yet readily accessible as needed.