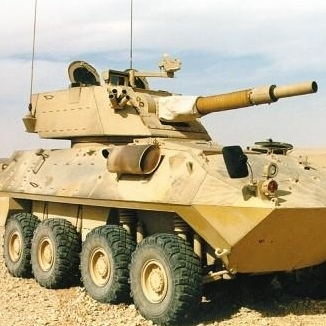 Most drivers in the United States have encountered a moment when they were driving down the road and their dashboard suddenly lit up, notifying them of a potential engine problem. Vehicle diagnostics are commonplace today, giving otherwise unaware drivers a heads-up about everything from forthcoming engine failure to faulty airbags. These intricate systems help drivers to avoid causing major damage to their cars' engines and potentially being stranded on the side of the road when their vehicle suddenly breaks down.

Within the military sector, the need for on-board diagnostics is even more pressing, particularly for troops who have been deployed in war zones. Soldiers stationed in Afghanistan, Iraq and other areas of the world where armed conflict may occur need their vehicles to operate as flawlessly as possible. Even the military's most sophisticated land-based vehicles such as tanks and armored personnel carriers may encounter engine malfunction or failure. If this were to occur while a unit was out on patrol in a dangerous region, troops could be stranded and left waiting for help in a vulnerable position. That is why on-board diagnostic systems must perform at the highest level and continue providing military personnel with up-to-date information regarding the status of a particular vehicle.

On-board diagnostics improve vehicle condition
There are many benefits to utilizing on-board diagnostics for military purposes, including avoiding situations like the one described above. With a finely tuned system in place, APC or tank drivers could be notified of a pending problem with an engine component before it leads to a full-scale vehicle shutdown. According to Sohel Anwar, an engineering professor at Indiana University-Purdue University, Indianapolis, drivers could use the advanced equipment in military vehicles to power off particular problematic components, enabling them to return to base without causing further damage. This would not only prevent more widespread damage to the engine, but would also help the military reduce its repair costs.

Cutting back on overall maintenance expenses is a major benefit of on-board diagnostics since operators can preemptively take their vehicles in for repair before an initial problem leads to deeper concerns. Because these systems reduce the amount of time elapsed between when a malfunction occurs and when it is addressed, they prevent military units from spending a great deal of government funding on extensive repairs that could have been avoided if caught sooner. Furthermore, a proactive approach to military vehicle maintenance will dramatically improve the health and performance of tanks, trucks and APCs.

Flash memory trounces the competition
To keep diagnostic systems running smoothly and properly recording and analyzing data, military personnel will need to utilize high-quality storage devices that are capable of handling these workloads. NAND flash memory has long surpassed disk-based drives for military applications as they can quickly and easily write or retrieve important information. Traditional hard disk drives are not appropriate for these instances since their read/write heads and magnetic platters require time to move into position. This translates into noticeable lag time that most every PC user has experienced on a regular basis.

Military personnel do not have the time to wait for their critical systems to boot up or for important applications to launch. If an error involving an engine component has occurred, drivers need to be notified right away. Because solid state drives run on flash memory, they are ideal for use with high-performance military vehicles. Information can be quickly retrieved from a memory block, enabling lightning-fast boot times.

Industrial-strength SSDs a necessity for military applications
Not all SSDs are fit for military use, however. Tanks and APCs will inevitably create and encounter extreme vibrations, increasing the likelihood that poorly made components will be damaged. Industrial-grade SSD drives are capable of performing under these conditions, providing consistent service even when a vehicle is driving across rugged terrain or comes within close proximity of an explosion. Lesser products are unlikely to continue operating, preventing important diagnostics systems from running effectively and giving operators critical updates regarding their vehicles.

Another benefit to using industrial SSDs, such as those provided by DIGISTOR, is that they can handle the extreme environments that military vehicles often run in. Over the past decade, the United States military has had a significant presence in the Middle East, stationing troops in arid conditions. The United States Marine Corps explained that those environments can wreak havoc on vehicles as well as their components, particularly since temperatures can swing to both extremes in the desert.

DIGISTOR Industrial Strength SSD Drives have been designed to handle such inhospitable operating conditions without experiencing component failure. These high-quality devices can withstand temperatures ranging from minus 45 degrees Celsius to 85 C, giving broad coverage in both extremely hot and cold environments. For military applications, this means that desert-based personnel will receive consistent performance from their SSDs even when temperatures plummet at night and rise back up to scorching levels during the day.

Military vehicles should only be outfitted with the very best equipment, and that includes SSD drives. DIGISTOR's products have been designed with durability and reliable performance foremost in mind, making them ideal for these types of applications.