Industrial SSDs on the Frontiers of Science: Using SSDs at the International Space Station 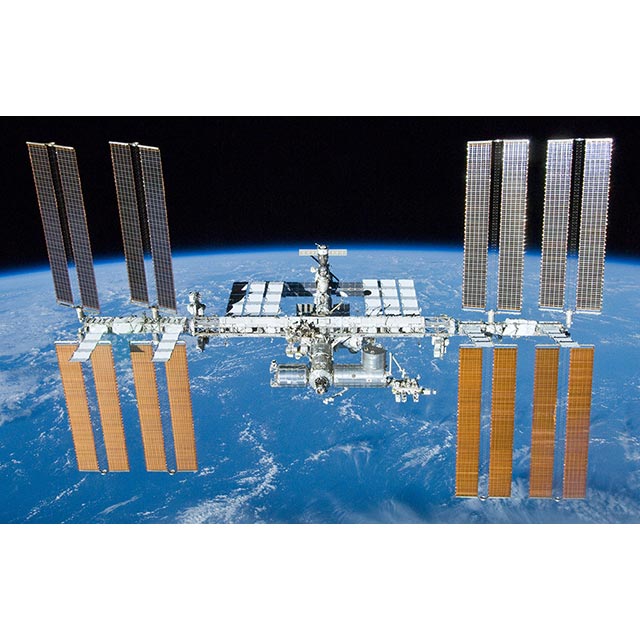 It’s not only high-end business and heavy-duty applications that rely on the power of Industrial Solid State Drives (SSDs) these days. Besides powering most of our earthly communications and industry, Industrial SSDs are also pushing the frontiers of science beyond the limits of our atmosphere. They have become the storage medium of choice at the International Space Station, allowing reliable, high-volume data collection like never before.

Data storage in space comes with its own set of special challenges. Not only does whatever storage medium used need to be compact, taking up a minimum amount of space, it also needs to be light; as every ounce in the journey to space counts. Limitations also demand that it should have low power consumption.

Finally, any storage system used should have high reliability, and an extreme temperature operating range, the ability to function without gravity, and the ability to withstand a high dose of radiation and remain uncorrupted.

Industrial strength SSD systems are all good as far as most of those criteria go. Radiation alone is a potential problem area. Down here on earth, we’re protected from cosmic radiation by the ozone layer and our atmosphere. This covering is effective in shielding us from most debilitating radiation.  Out there in space, they’re going (figuratively) naked.

Off-the-Shelf and Into Space
NAND flash memory tends to have a vulnerability to radiation; ionizing effects have the potential to do a number on the individual cells that hold the information bytes, resulting in voltage shifts and data corruption. But NASA scientists have discovered that while some memory chips fail dramatically under radiation pressures, others have the capacity to perform reliably.

This means that high quality industrial SSDs can be used after a rigorous test-and-retest procedure in which the highest performers are selected.

That’s why the International Space Station (ISS) now has the capacity to send a large volume of data and video images down to us here; shouldering past the old limits of knowledge and understanding in a way that’s never before been possible.

And it’s only getting better. While the switch from older operating technologies to SSDs began several years ago, just last week astronaut Tom Kelly switched out the old-fashioned Columbus Video Cassette Recorders (VCRs) from the starboard end of the ISS and replaced them with new Solid State Drive recorders.

As the transition to SSDs continues, we can expect to see a much larger volume of higher quality images and information beamed down to us directly from the outer frontiers of scientific exploration.