Keep a sharp eye on SSD bill of materials 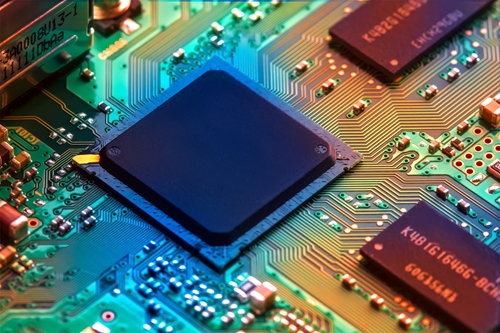 There are many figures and benchmarks that businesses should pay attention to when considering purchasing a sold state drive. The price tag, data transfer speeds and type of NAND flash memory used should all be taken into account when assessing the value of an SSD drive. However, there is one item that consumers and business users alike consistently overlook during this process: the bill of materials. It's understandable why an individual would not give this checklist more than a passing glance. After all, manufacturers should only be using the best materials and components when creating their products. Furthermore, any large operation should place a premium on consistency and ensure that all devices share the same individual pieces. However, this is not always the case, and it's often the end user who suffers as a result.

At its most basic level, the bill of materials is nothing more than a list of the components that make up a larger product. Users may not feel that they need to concern themselves with this kind of minutiae, but issues with a product's BoM can directly affect its performance. TechTarget explained that BoM problems are usually defined by three criteria: completeness, consistency or correctness. Prospective SSD purchasers should take note of consistency in particular when deciding on a solution. Some manufacturers have shown an inability to use the same components with all of their products.

The drawbacks of flexible BoMs
TweakTown's Chris Ramseyer recently highlighted some of the most egregious examples of companies playing it fast and loose with their BoMs. OCZ Technology, for instance, once made an alteration to the BoM on one of its products, swapping out the NAND flash used. Because of the change, some prospective consumers were unable to use that SSD drive. Kingston pulled a similar stunt, replacing the 25nm synchronous NAND flash originally included with its V300 product with an inferior component approximately one year later.

It appears that manufacturer PNY Technologies has committed the same sin, releasing SSDs with varying BoMs. A TweakTown reader contacted Ramseyer and described how the SSD that the individual purchased did not feature a BoM that matched up with one previously reviewed on the website. According to Ramseyer, that reader bought the PNY product because of his glowing assessment of its performance. Because of the shifting BoM, however, that individual's SSD did not hit the same benchmarks.

A representative from PNY admitted that the company had shipped out SSDs with disparate BoMs, qualifying the move by noting that all of its products fall within "minimum advertised performance levels." When manufacturers neglect to lock down the components within their BoMs, consumers and business users may wind up with a product that doesn't meet their expectations. Ramseyer lamented that companies would choose to take such liberties and fail to adhere to full transparency with their BoMs.

"Sadly, we no longer have faith in PNY or Kingston SSDs as both companies have acted with poor judgment and misled SSD product reviewers, our readers and the buying public," Ramseyer wrote. "Even though both product changes should meet the advertised specifications, they are not in line with the products we and others tested. Hopefully other companies will not follow their lead."

Ramseyer's reaction to this turn of events – particularly his evident sense of betrayal – highlights why it is so important that SSD manufacturers value consistency in the creation of their BoMs. DIGISTOR SSD drives have long featured locked BoMs, including firmware, giving users the peace of mind knowing that any given item will offer the same performance and compatibility regardless of when it is purchased. No one should have to deal with the headaches of buying a product only to find out the features he or she thought would be present have been discarded in favor of utilizing more affordable components. With DIGISTOR SSDs, end users can be confident that they receive exactly what they pay for.