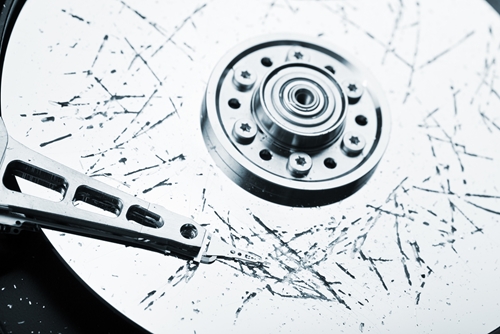 Hard disk drives have long served as the standard platforms for data storage, but their reliability has always been in question. The internal moving parts that power HDDs make them susceptible to damage and ultimately data loss. The Internet is filled with horror stories from people who saw their most priceless documents and files disappear into the ether thanks to a faulty storage drive. More than ever, consumers and business users alike should have a steady archiving solution in place to reclaim information that may be lost due to a malfunctioning HDD.

Writing for How Stuff Works, Ed Grabianowski highlighted some of the many issues that HDD users may encounter, including full-scale hard drive crashes. He stressed that while there are instances when HDDs will give some indication that they are reaching the end of their shelf life, many times these devices cease functioning with no notice whatsoever.

"Don't rely on warning signs to predict hard drive failure," Grabianowski wrote. "Assume that your hard drive is going to fail, and back up critical files. If you have a reliable back-up, you'll save yourself many headaches."

Don't roll the dice on long-term HDD use
Even HDDs that have provided years of flawless service have a finite shelf life. It's important that individuals don't attempt to test their luck and the limits of their hard drives by relying solely on these devices for longer than their expected lifecycle. ExtremeTech contributor Sebastian Anthony reported on a 2013 study on the average failure rate of hard drives, finding that the percentage of HDDS that continued operating fell precipitously following their third year of usage. According to his analysis, approximately half of all hard drives will fail within six years, driving home the point that everyone needs to archive their important documents.

"If you buy a hard drive today, there's a 90 percent chance that it will survive for three years," Anthony stated. "If your drive makes it to the three-year point, you would be wise to back up your data, as there's a 12 percent chance per year that your drive will die."

A member of Apple's online community further brought the need for data backups into focus, stressing that HDD failure isn't a possibility, but an inevitability. When implementing data archiving solutions, users are protecting against a data loss that will occur eventually. And given HDD's notoriously unreliable technology, that hardware failure could come at any time. The forum member explained that when weighing the cost of implementing a backup tool versus the untold value of one-of-a-kind documents and the thousands of hours of work that may have gone into their creation, the urgency for data archiving should become clear.

Blu-ray offers ideal data archiving platform
Both business users and consumers should leverage data archiving solutions that address the longevity and reliability concerns that plague traditional HDD options. To that end, a backup tool that is based on optical media will effectively meet those needs. Blu-ray discs, in particular, have the durability and longevity required to successfully carry out data archiving processes without worrying about the long-term integrity of user information. Today's products are capable of storing a great deal of information on a single disc, making them ideal for both consumer or business use. In addition, Blu-ray as a format avoids the reliability issues that make HDDs risking bets for long-term use. A single disc can effectively work for years, even when stored in relatively inhospitable environments. The lack of any internal, moving components ensures that Blu-ray discs will continue operating even if they are jostled or moved violently.

Furthermore, Blu-ray discs offer a scalability that traditional storage options simply cannot match. When paired with a Blu-ray burner and high-quality archiving software such as DIGISTOR's REWIND, this format can effectively back up as much information as a user sees fit. Because Blu-ray is a cost-effective medium, individuals can ramp up their archiving processes on the fly and keep up with their escalating storage needs. This way, users can avoid feeling the pinch of reaching the end of their archiving tool's storage capacity. With a Blu-ray burner and discs, along with REWIND software, individuals will be able to securely back up their most important and unique documents and files, saving them for later use. There's even a free trial of REWIND available for individuals to download and try out for themselves. By taking this approach to data archiving, users can avoid the headaches that occur following an inevitably hard drive failure.