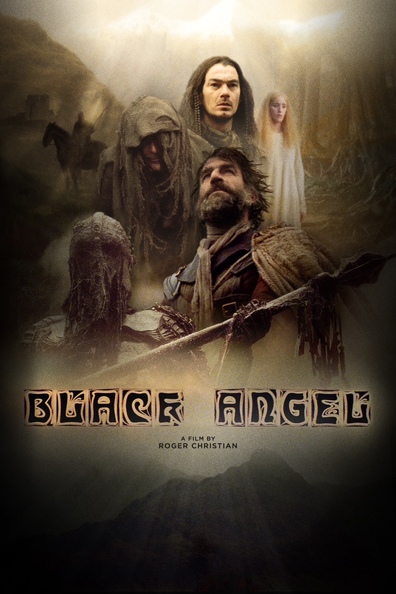 Fans of the Star Wars series are no doubt excited by the recently released teaser trailer for next year’s blockbuster ‘Star Wars: The Force Awakens.’ Yet, white-knuckling through a year wait is nothing compared to the nearly three decades that die-hard fans have anticipated ‘Black Angel,’ Lucas’s famed long-lost short that briefly saw silver screen action in 1980.

A long time ago, in a galaxy far, far away, George Lucas commissioned ‘Black Angel’ to be paired with ‘The Empire Strikes Back’ in theaters. The 25-minute fantasy epic was the directorial debut of Star Wars‘ pioneering set decorator Roger Christian.

After it screened in cinemas, it suddenly vanished. For years, no copies could be located. The film only existed as a rumored relic in fanboy conversations. Well, until recently.

Christian says that he had an original negative and print copy of the film, which he kept at London’s Boss Film Studios. But the studio went bankrupt in the 1990s while Christian was out of town on a shoot, and ended up tossing out his belongings. When he began writing his upcoming tell-all book Cinema Alchemist, Christian inquired with Fox to see if they had any copies left.

He learned that all of them had been thrown out as well after the film elements’ storage facility, the former UK studio Rank, had shut down in the same decade. The Lucasfilm Archives couldn’t locate their copy either. Christian assumed the original elements of the film were lost forever.

Keeping Your Own Masterpieces Safe & Sound

Few fans aside from film buffs know Lucas himself was a frontrunner in digital cinematography, challenging the supremacy of film in the late ‘90s, with ‘Star Wars Episode I: The Phantom Menace.’

His seamless blending of digital footage with that captured on film was so successful that Lucas went on to film its sequels completely in digital format, ensuring no other films were lost. However, the archiving technology that could have prevented ‘Black Angel’ from disappearing hadn’t been developed yet.

How Black Angel got lost and then found is still unknown, but its journey is a clear case for shooting digital and careful archiving are necessary to protect your own footage.

To ensure your own films don’t make fans wait as long as ‘Black Angel,’ DIGISTOR offers Professional Video SSD drives, which have up to 480GB of capacity for the most reliable way to capture uncompressed video.  Recording digitally also makes easy access to multiple reliable storage drives essential to capture and early archiving stages of footage. For video crews that use multiple cameras on each shoot, DIGISTOR offer multi-packs of SSDs to handle the even larger amounts of footage.