Online storage and backup subject to close with little notice 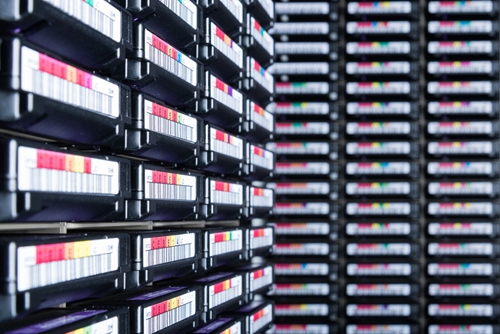 Providers big and small have been shutting down their cloud-based storage and backup options more recently as the pricing for such services continues to be unfeasible for the vendors. This development has led to some storage options getting price changes or being axed altogether, leaving many subscribers to question if their account will be next. As more organizations change their options, users should consider other storage possibilities that they can use to backup and preserve their assets. This way, people will be more prepared to transfer their files and ensure that their information isn't preemptively deleted.

When it comes to shutting down backup and sharing programs, Comcast was one of the more recent businesses to do so, leaving numerous customers to find another vendor without giving any assistance or explanation. The provider sent emails to its users, noting that the Secure Backup & Share service would be closing on Dec. 1, 2013, but never disclosed specifics as to why, according to DSLReports​ contributor Karl Bode. While this event shocked many, it's not the first time that the offering had difficulties. Mozy – partner provider of the solution – had canceled its unlimited service in Feb. 2011 due to the rapidly increasing cost of storage. It's only speculative to suggest that similar price-related constraints and the contract renewal cycle could have affected the solution's shutdown.

Needless to say, users of this program fled to online forums to try to seek out answers and gain reparations for the inconvenience, but no moderators released an official statement regarding the situation. With a large vendor like Comcast closing its backup services, it serves as a true demonstration for the growing reliability concerns of online storage options and the influential costs for these offerings.

Choosing a long-lasting solution
Comcast isn't the only organization that closed down it's backup services – Symantec recently followed suit. The cybersecurity firm chose to discontinue its Backup Exec cloud service as the provider lacked content-sharing and mobile features that users require, according to IDG News Service. The organization halted all renewals and subscriptions for the program earlier this month, leaving users to backup their files with alternative storage devices before their annual subscription ends next year. For businesses and other individuals using this system, Symantec offered an on-premise version of the cloud service at a discount. However, this brings into question whether the organization will still be able to support the solution with its capabilities.

"Customers want features such as synch & share and mobile access," Symantec's FAQ said, according to the source. "Backup Exec.cloud was not designed with these features in mind. As a result, Symantec has decided to discontinue Backup Exec.cloud in order to focus on more productive and feature-rich cloud-based applications which include this type of functionality."

As more vendors review their own services, many are changing their options by increasing the fees for various options and getting rid of others due to the costs incurred by the provider. USA Today contributor Rob Pegoraro noted that decision-makers should focus on finding a system that will produce the fewest risks and guarantee both competitive advantages as well as service continuity.

"It's easy to suffer paralysis by analysis as you puzzle over various backup, synchronization and sharing services," Pegoraro wrote. "Instead, think about what's most likely to wipe out your data: a hard-drive crash or accidental erasure that leaves the computer and maybe most of your files intact, or the machine disappearing due to loss, theft or another calamity."

Free and inexpensive storage and backup solutions are quickly disappearing from vendor options. Users should invest in reliable data archiving solutions for their files in order to preserve their assets and ensure continuity.