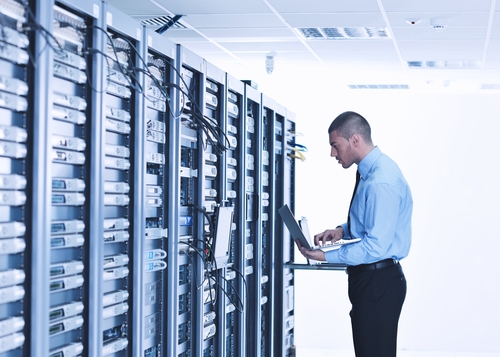 The costs of data backup and recovery are steadily rising as consumers and IT departments handle increasingly large volumes of information. While many rely almost exclusively on server-based solutions to store backups, they may be able to improve flexibility and reliability by diversifying into local and disc-based storage. To that end, a Blu-ray burner can create high-density backups for small businesses and individuals. At the same time, upgrading all machines to SSD drives may result in long-lasting and speedy storage, ultimately driving down costs and overhead by helping to ensure the safety and accessibility of data.

IT executives are under increasing pressure to reduce their division costs. According to an Enterprise Strategy Group survey cited by eWeek's Nathan Eddy, roughly two-thirds of IT departments reported that they have been urged to find ways to cut expenditures, mostly by improving efficiencies in backing-up and storing their company data. As organizations see growth in revenue, this impetus to find cost-effective storage and efficient data archiving solutions is magnified.

Seventy-five percent of ESG's respondents expected data volume growth of up to 20 percent, but more than half of them expressed some level of dissatisfaction with their current server-based backup models, which are often licensed and priced based on overall capacity rather than actual usage rates.

"[V]endors base their pricing on the volume of data protected," said ESG senior analyst Jason Buffington. "For IT users, this means that more data requires more backup servers, more licenses and increasing costs."

Discs and SSDs
In tandem with revised licensing models, disc-based backups, and usage of accessories like an external DVD drive on a slimline laptop or hybrid device, can provide alternative backup media for businesses and especially for consumers. In addition to serving as local storage that does not incur ongoing expenses, optical drives can also provide insurance against possible drive failure.

Writing for Gizmodo India, Andrew Tarantola noted that many PC OEMs no longer ship system restore discs with new machines, meaning that the user has to rely on Windows' built-in features. However, these safeguards cannot protect against common issues like data-destroying malware or HDD failure, meaning that users should probably opt for both an SSD and an extra optical drive to create backup discs of their own.

"[M]ost PC OEMs don't want to pay for it [a system restore disc] anymore," wrote Tarantola, later adding that  "burning the disc before your drive blows a motivator is the proper course of action."