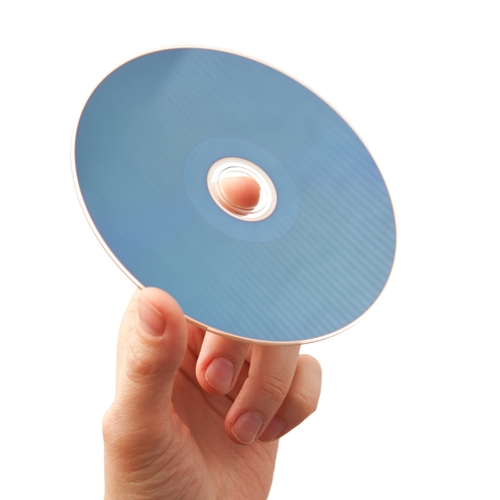 Consumers and businesses alike have far more data storage options than in years past. From the cloud to solid state drives, there's likely a medium that will meet the specific needs of an individual or organization. With so many available potential solutions, however, it's important that users consider the various attributes of each before investing in a particular storage device. The most high-tech and advanced options on the market may not be the most optimal solutions for a given situation. For instance, optical media – despite being used for decades – can easily outshine newer storage formats in many cases.

Some industry observers have been predicting the death of optical media for years, given the increasing popularity of alternatives like the cloud and streaming media. As Columbia Daily Tribune contributor Scott May noted, people continue to use CDs, DVDs and – in particular – Blu-ray discs for their various data, video and music needs. Software developers have taken note of optical media's perennial relevance, releasing high-powered programs designed to wring the most value out of storage discs. The development community's continued support for this medium demonstrates its lasting power.

"Despite the popularity of online multimedia streaming to devices such as smartphones, tablets and Internet-ready televisions, the age of the optical disc is not quite over," May wrote.

Connected alternatives present major concerns
Blu-ray and other forms of optical media landed one of their biggest blows against streaming media and Internet-based resources when Microsoft was forced to take back its vow to launch a disc-less video game system. The tech giant received an outpouring of criticism from gamers who were not ready to give up on physical media and held some major concerns about the performance of an Internet-only platform. When the Xbox One was ultimately released in November 2013, it came equipped with an disc drive, and its games were released on Blu-ray media.

IT News Africa contributor Ruben Naicker explained that optical media such as Blu-ray continues to provide a great deal of value to the average user. The format presents a happy middle ground between technological sophistication and widespread availability, making it an ideal solution in many instances.

"While it is true that Hard Disk Drives (HDD) and flash drives are a lot cheaper than they used to be, for mass reproduction and dissemination of information, optical media, specifically CDs and DVDs, remain very popular," Naicker stated.

Naicker noted that despite the cloud's growing popularity, it has not completely saturated every market. Because the cloud remains a foreign concept to many users, it does not always present the most efficient way to distribute content to every relevant party. Meanwhile, many people have a Blu-ray drive installed on their work and personal computers, simplifying the delivery of materials to a large number of individuals who may not otherwise have access to a hosted service.

Echoing the concerns of countless Xbox users, Naicker also questioned the reliability of streaming media as a wholesale alternative to optical media. Due to the widespread popularity of streaming services and websites such as Netflix and YouTube, some industry observers have predicted that disc-based formats would fall out of favor among consumers. However, the rampant performance issues associated with streaming services, including those related to limited bandwidth and outages, have raised legitimate fears that this format lacks the capacity to fully meet quality standards. Blu-ray discs, on the other hand, offer the same consistent, high-definition playback every time they are used.

Blu-ray soldiers on as an archiving medium
Perhaps the most useful application for Blu-ray and other optical media formats is data storage and archiving. Standard data security best practices suggest that individuals keep backups on hand in the event that critical files are either lost or corrupted. These events are a nuisance for consumers, but they present a much greater threat to small business owners. Information such as sales records, financial statements and client profiles can be lost in an instant, significantly impairing normal business operations. By saving copies of this content on a physical drive, organizations can quickly and easily restore it without skipping a beat.

"[D]ata protection best practice recommends keeping more than one backup of critical information, and many small businesses and even home users still use optical media for this purpose," Naicker wrote.

Traditional disk-based hard drives may not be ideal data archiving solutions. As Naicker noted, purchasing multiple devices is a very expensive proposition, and the stored information cannot be readily shared with all relevant parties. Blu-ray discs address these concerns by offering an easy and cost-effective method of archiving and sharing critical company records.

Blu-ray beats out HDDs in another critical area of performance: durability. The magnetic plates and read/write heads within HDDs are extremely fragile and vulnerable to impact or other trauma. If these internal components are damaged, the information stored on a drive could be lost forever. Meanwhile, Blu-ray discs are sturdy and – more importantly – easy to replicate. If users are concerned about losing or breaking a disc and potentially losing its data, they can simply create multiple copies. This offers a level of security that traditional, disk-based devices cannot begin to approach.

Although streaming media and hosted solutions are quickly picking up steam with consumers and business users, optical media still holds a crucial position in various markets. Beyond media playback, Blu-ray has solidified itself as a major force within the data archiving sector, offering a reliable, repeatable and cost-effective method of storing important information for later use. For consumers and small businesses that want put their data loss fears to bed, a Blu-ray data archiving solution may be the answer.