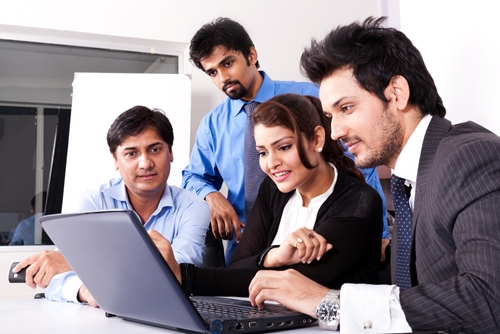 With the relatively recent price drop of NAND flash memory, SSD drives have become much more widely utilized in both consumer and enterprise environments. However, those lower costs are still significantly higher than traditional hard disk drive devices. It is no secret that cost remains the greatest barrier for greater solid state adoption rates, especially when viewed in terms of price-per-gigabyte. Simply put, HDDs are currently a much cheaper alternative.

That lower price point comes with its own share of issues, as traditional storage drives relying on magnetic disks are notoriously prone to bottlenecks, preventing the quick launch and usability of applications and files. For consumers, this amounts to little more than an irritant, leaving users to wait longer for their programs to open. In a business setting, however, these operational hiccups can affect the quality of services provided by a company or employees' ability to meet deadlines.

Typically, the ongoing battle between SSD drives and HDDs has been characterized as an all or nothing scenario. Business managers had to choose between one solution or the other, weighing performance against cost. However, hybrid storage environments are increasingly becoming a popular option among many companies. TechTarget's Marc Staimer recently outlined the benefits of a setup that balanced the vastly higher performance levels of solid state technology with the cost-effectiveness of traditional storage devices.

"Hybrid systems are designed to enable both high performance for those applications requiring high [input/output operations per second] or high throughput and low-cost capacity for data that doesn't need the performance of SSDs," Staimer wrote. "This predictably produces a very low cost per ggabyte [sic], per IOPS and GBps throughput. Delivering a quality, capable and scalable hybrid system is non-trivial."

Choosing the appropriate storage solution for a task
Hybrid systems are especially useful for organizations that have specific applications or jobs that require optimal performance levels while also retaining numerous other tasks that can be completed easily with or without bottlenecks. This way, managers can load high-priority jobs on an SSD drive while relegating less intensive applications to traditional hard disk drive storage.

If deployed properly in the right circumstances, businesses may actually save money on a hybrid environment compared to a purely HDD-based storage system. TechTarget noted that organizations such as Colby-Sawyer College that want to implement virtual desktop infrastructure may find that a single SSD drive could support more virtual machines than numerous HDD devices. Assistant IT director David Blaisdell told the news outlet that deploying solid state solutions for virtualization purposes and using HDDS for others could allow his department to save on overhead costs.

"If we had used traditional spinning disk and bought enough up front for 600 desktops, we would've spent three times what our budget was," Blaisdell said. "We would've probably purchased enough for 200 desktops for phase one, and then would have had to add more for performance."