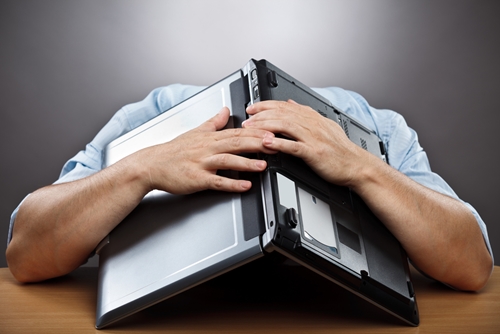 Consumers and businesses alike have increasingly considered deploying solid state drives to meet their data storage needs. SSD drives offer greater performance than traditional hard disk drive solutions by removing bottlenecks caused by moving parts. However, this increased performance also comes with a higher price tag. The cost of an SSD drive will far exceed that of a traditional hard drive with comparable storage capacity. If individuals or companies opt to pursue this data storage solution, they should take every opportunity to protect their investment.

Hardware failures with SSD technology – although not known to be a common occurrence – can come without warning. With many electronic devices, including traditional HDDs, impending hardware failure is often preceded by a rash of performance disruptions and operational errors that can raise a red flag with users. SSD drives are less likely to produce these errors, meaning owners will want to take proactive steps to keep their devices operational and prevent the possibility of losing valuable data.

Extending the life of an SSD drive
The NAND flash memory that SSD technology operates on has a finite shelf-life. Inevitably, an individual drive will cease operating. According to PCWorld, the latest SSD drive models are rated up to a few thousand data writes, which would still provide several years worth of functionality even under the heaviest use. Under the right conditions, however, these machines can keep running for decades. The news outlet suggested that owners implement a utility known as wear leveling to extend an SSD drive's life span. This technique commands the controller to write data once to each NAND cell on a drive before doing so a second time. By following this method, users can spread the data writing workload across a drive's entire array of cells and prevent burning out an individual unit from overuse.

Employing backup options
Even with proper care and use, SSD drive owners may find that their device has suddenly stopped operating. In light of this possibility, users may want to employ a robust backup system to secure information and files that cannot be easily – if at all – reproduced. Using a Blu-ray burner paired with DIGISTOR's REWIND archiving software, consumers can simply copy their valued data files to writable discs. This technology is a cost-effective alternative to other available options. In addition, the durability provided by Blu-ray media would alleviate concerns that the backup device could face hardware failure. Unlike other solutions, DIGISTOR's REWIND application is not hampered by storage limits. Owners can simply extend their files across multiple discs, allowing them to scale their data backup endeavors as wide or narrow as they please.