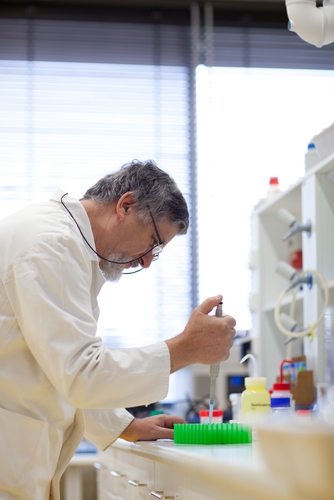 For years, consumers have used Blu-ray discs to watch their favorite movies in high-quality video transfer and play the latest and most advanced video games. Recently, numerous alternative applications for the format have emerged, re-energizing interest in Blu-ray. For instance, Facebook has pursued a data archiving solution that is supported entirely by thousands of Blu-ray discs. Given the durability, cost-effectiveness and high-performance of Blu-ray, it's no wonder that organizations from disparate fields have found new ways to take advantage of this technology. Researchers at Spain's Polytechnic University of Valencia have discovered an entirely unique application for Blu-ray discs that could change the way that certain types of biomatter are collected and analyzed.

According to Plataforma SINC, those researchers found that optical media – and Blu-ray discs, in particular – can be leveraged to detect various types of life-forms and substances in their lab samples. A study published in the scientific journal "Biosensors and Bioelectronics" casts more light on the process, noting that Blu-ray offers a more cost-effective alternative to traditional methods of data collection. The surface of a disc acts as an analysis platform upon which lab workers can conduct tests. Afterward, they use a Blu-ray player's laser reader to spot different forms of bacteria and other materials in the sample, including toxins, allergens and tumoral biomarkers.

Blu-ray structure supports lab analysis needs
The process involves placing microarray and two-dimensional array samples on the discs. Because Blu-ray discs feature hydrophobic surfaces, tiny protein-based samples can be locked into place like beads of water on a waxy leaf. Researchers found that using Blu-ray media in this matter achieved results similar to what could be gained through standard procedures. One of the primary benefits of this method is the ability to quickly and easily eliminate samples from scientific consideration before lab workers put more time and effort into conducting further analysis.

Researchers stated that there are numerous applications for this technology such as identifying potentially harmful bacteria located in breast milk or determining the concentration levels of toxins in drinking water. The university's team has already achieved some encouraging results utilizing Blu-ray discs to detect pathogenic bacteria in their materials. Using Blu-ray in this fashion, scientists can leverage a low-cost method to analyze large volumes of samples.

Sergi Morais, the research team's associate principal investigator, provided further details on the study to optics.org. He explained that other practical applications for this technology include ascertaining the health and well-being of livestock and enhancing in vitro tests for allergens. Morais also noted that this method does not require a great deal of additional equipment beyond a Blu-ray player and discs, making the process all the more cost-effective. Because many organizations have difficulty acquiring public funding for the technology's applicable fields, Morais and his team hope that their breakthrough can facilitate this kind of research.

"Our team has been working with this type of technology for 10 years," Morais told optics.org. "We started working with regular CDs then DVDs. Then we realized that Blu-ray was even more sensitive than the previous formats."