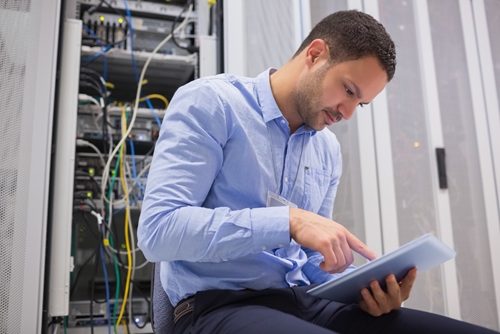 The emergence of solid state technology as a viable data storage solution for many businesses has caused a stir in the industry as of late. While hard disk drives have been widely used over the years, the performance bottlenecks caused by the limitations of its internal design have driven many organizations to consider an option that could handle more intensive workloads with ease. SSD drives' NAND flash memory has proven to be an effective tonic for these performance issues, but pricing concerns had previously inhibited the reach of the technology. For years, industrial companies had served as the lone bastion of solid state devices, as their performance needs far outweighed any concerns regarding investment costs. Recently, the cost of flash memory has dropped considerably, allowing new industries to consider deploying an SSD drive as their data storage solution for critical or demanding applications.

The emergence of the data center
Another trend that has factored significantly into the growth of the SSD market is the continued rise of the data center. With the advent of powerful and resource-intensive technological advancements such as cloud services and big data, businesses have come to require much more computing capabilities. To achieve this, companies have constructed massive data centers to house numerous servers that can handle the workload. However, integrating traditional HDD storage devices would only slow down these machines. Again, SSD drives provided a way for businesses to optimize their application performance.

The increasing need for high-performance data storage has driven the SSD and NAND markets to new heights in recent years. A report issued by IHS iSuppi predicted that global NAND revenue will increase 14 percent in 2013, reaching $23.1 billion by the end of the year, New Electronics reported. Analysts from TechNavio agreed with this prognostication, as they too expected the global NAND flash market to grow considerably in the near future. According to the firm's researchers, the market will increase at a compound annual growth rate of 8.7 percent through 2016.

Despite this expected period of growth, other analysts have cautioned that the availability of NAND flash memory powering solid state technology may tighten in the coming months. According to DigiTimes, the demand for products leveraging this technology as well as the widespread use of SSDs in data centers and server rooms may significantly limit supplies. This could result in increased prices for NAND flash memory and numerous products across the board as soon as the third quarter of 2013. For businesses interested in enjoying the performance benefits of SSD drives, making the jump to solid state storage sooner rather than later may be the best course of action.