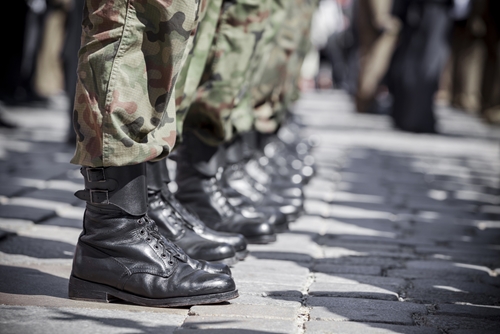 In recent years, state-backed espionage has gravitated from on-the-ground operations to network infiltration. Some of the most powerful governments on the planet are said to have engaged in substantial cyber espionage activities. With the right tools, cyberspies can now break into high-security systems and access sensitive information. For example, the Pentagon recently alleged that Chinese hackers breached federal databases and stole files containing the designs of numerous advanced weapons systems, The Washington Post reported. Some of the compromised technology includes components of America's defense systems capable of downing in-flight ballistic missiles.

Protecting military information is an essential but difficult task in this age of rampant cybercrime. Some nations have even gone so far as to remove their sensitive data from digital devices altogether. Agence France-Presse reported that Russia's Federal Guard Service recently requisitioned a number of typewriters so the country's intelligence agencies could prevent sensitive information from being accessed via networked connections.

There are more efficient ways to protecting sensitive data than ditching digital storage altogether. According to Computerworld's Robert Mitchell, military-grade solid state devices feature 'fast erase' capabilities that allow officials to quickly remove confidential records before an enemy agent can compromise them. Traditional hard disk drives can take hours to wipe its memory, depending on the number and size of files stored on it. Because of technology's read/write heads need to move into position to erase each file, HDDs are physically incapable of erasing military records at an acceptable speed. However, the NAND flash memory located in SSD drives are not impeded by such restraints. A device's entire array of memory chips can be deleted with a single action, taking a matter of seconds.

In addition, once information stored on an SSD device is erased, it's gone for good. HDDs can sometimes leave traces of magnetic residue that could be used by foreign agents to reconstruct the data stored on the drive. With SSD drives, military units can be sure that their confidential information can be quickly and permanently removed if it is in danger of being compromised.