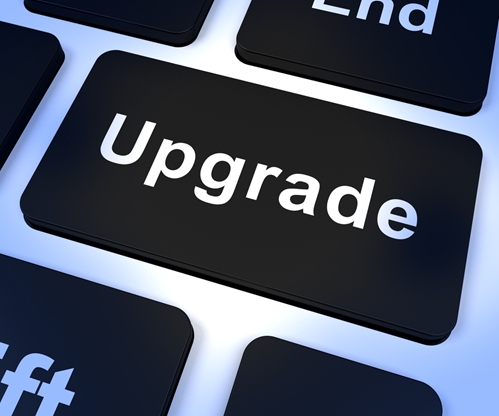 While many users experience the benefits of NAND flash storage via the SSD drives that ship with their notebooks or mobile devices, aftermarket drives are also viable ways to revitalize PCs with speedier performance. Similarly, external SSD drives, such as a DIGISTOR Portable SSD Hard Drive, can provide speed and extra storage to any Windows or Mac OS X laptop via convenient USB connection.

SSDs have a number of advantages over HDDs, including the absence of mechanical heads and quicker access times. However, even as they become more prevalent across numerous devices, consumers may not be regarding them in the right way, often viewing SSDs as too expensive compared to magnetic storage. For now, SSDs do come in generally lower capacities than HDDs, but they are catching up, plus they are already more cost-effective in terms of their effects on productivity and bandwidth usage, according to InfoStor contributor Greg Schulz.

"A better comparison [than capacity differences between SSDs and HDDS]  is the cost for performance or productivity, such as how many [input/output operations per second], or bandwidth per second, or value of response time, transactions, files or videos and web pages or other work done," wrote Schulz. "For example, while a HDD-based solution might have a cost of doing some work of $2.58 per transaction, an SSD device could be in the $0.18 range."

At the same time, SSD buyers must consider what type of flash cell arrangement fits their needs. Multi-level cell technology is less expensive than single-level, albeit with less durability and slower write performance.

SSD longevity
Writing for The Straits Times, Vincent Chang examined the recent impact of SSDs on both slimline Ultrabook laptops and older computers, arguing that flash storage is becoming more popular due to recent declines in per gigabyte cost.

While PC OEMs may put high price tags on laptops that ship with SSDs, aftermarket options can provide all of the same benefits in a more affordable package. SSDs write at up to four times the speed of a 7,200 RPM HDD, and they are lasting longer than before.

"[M]odern SSDs offer between three and five years of warranty, which is fairly conservative," wrote Chang. "The actual write endurance varies between the type and make of SSDs, but unless you find yourself copying more than 100GB of data daily, you are unlikely to reach the limit in 10 years."