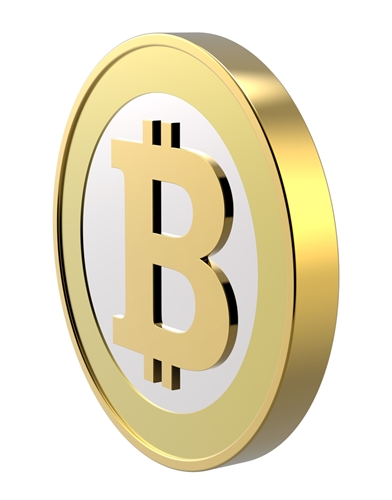 The digital age demands a digital currency. With so many payment transactions occurring online, traditional forms of payment like personal checks have fallen by the wayside in favor of convenient, real-time processes. Among the various platforms that have arisen in the digital environment, Bitcoin may provide the most promise. Unlike many other forms of online payment, Bitcoin is an entirely separate currency, gaining considerable value in recent years as more consumers and businesses seek out a secure digital solution. But new forms of payment require alternative methods of storing valuable currency. After all, it's not as if users can simply store their bitcoins in their neighborhood bank.

CoinDesk explained that there are many different options available to people looking to safely store their bitcoins, each with their own advantages. For instance, online wallets have gained in popularity thanks to their support for anytime access. Individuals who want to spend their money at a moment's notice regardless of where they are or what devices they're using may find a lot of value in a Web-based system. It should be noted, that such a tool will essentially place oversight of a person's bitcoin stash in the hands of a third party.

Although the owner will typically be the only one with actual access to bitcoins stored through an online wallet, these platform use private keys to manage the currency. If an individual loses that information, or it falls into the wrong hands, he or she could be out of luck. That may not sit well with everyone, particularly given the increasing number of threats lurking in cyberspace.

Go offline for greater security
People who want to take a more hands-on approach with their bitcoin storage may want to consider their offline options. CoinDesk recommends striking the right balance between funds stored on a physical drive for future use and more readily accessible money placed in a digital wallet.

"Cold storage wallets store private bitcoin keys offline, so that they can't be stolen by someone else on the Internet," the source explained. "It's a good idea to use cold storage for the bulk of your bitcoin fortune, and transfer just a little to separate bitcoin addresses in a 'hot' wallet with an Internet connection, making it easy to spend. That way, even if your mobile phone is lost, or the hot wallet on your notebook PC is erased during a hard drive crash, only a small amount of bitcoin cash is at risk."

To feel completely secure about the integrity of their bitcoin stash, consumers may need to go the extra mile with their archiving methods. In today's environment, the concept of a connected device has gotten a bit muddled, with so much equipment tapped into the Web in some fashion. CoinSafe urged bitcoin users to completely verify that their storage device is completely severed from the Internet. The best way to do that is to place this sensitive data on offline physical media. Even here, there are many types of backup drives to consider, but optical discs may be the best option.

Optical media offers the greatest advantages
Blu-ray media has quietly gained a reputation for unparalleled excellence among those who take data archiving solutions seriously. The format's combination of durability, scalability and longevity makes it ideal for long-term storage. Bitcoin owners, however, may be primarily attracted to Blu-ray's defense against digital incursion. Connected devices will always be vulnerable, but Blu-ray discs will never be faced with such a threat. For individuals who want to follow CoinDesk's advice regarding striking a balance between cold and hot storage, it may be helpful to think of Blu-ray as the bitcoin version of a savings account. When a rainy day comes, you'll be glad you have it.

Another key point to keep in mind regarding Blu-ray is the format's affordability. Other storage options may require a significant up-front investment to get up and running. Bitcoin users who want to begin saving their money on Blu-ray only need to obtain a reliable Blu-ray burner and a set of discs. Today's discs can hold large volumes of data, so consumers don't need to worry about exceeding their capacity. As data archiving solutions, Blu-ray discs make it easy to scale up quickly and affordably.

There's no denying Bitcoin's place in the modern economy. To take advantage of the currency without putting their money at risk, users will want a long-term storage option with the reliability that only Blu-ray can provide.