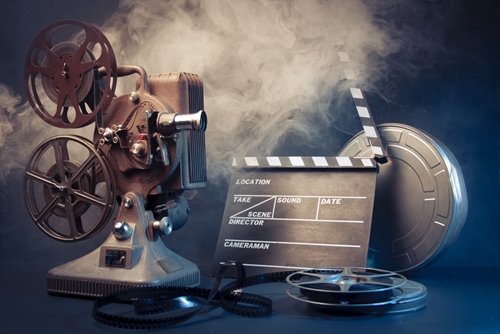 Video professionals from independent filmmakers to major production crew members have been brimming with excitement regarding Blackmagic Design’s line of high-quality cameras. This equipment enables users to capture raw, uncompressed video at a fraction of the cost presented by alternative products. The manufacturer has quickly established itself as a leading supplier of cost-effective tools that offer a professional-grade functionality and experience.

Blackmagic cameras have also been lauded for their versatility. Production equipment can often be cumbersome and heavy, making it difficult for crews to film in cramped conditions or make changes on the fly. Many Blackmagic offerings feature smaller form factors, enabling cameramen to shoot in a wide variety of conditions. Director Christopher Califano discovered these benefits when shooting his short film, “The Only Choice.”

“The advantages of using the [Blackmagic Cinema Camera] were really apparent,” Califano told Pro Video Coalition. “We got 2.5K raw and all that dynamic range allowed me to play around with the look and feel of the film in post, making my life much easier.”

Form factor concerns persist
Despite the advantages of having a smaller form factor, however, some users may discover that their off-the-shelf solid state drives are not able to fit in Blackmagic cameras without rattling around, potentially resulting in component damage and lost video. Many inferior SSDs were simply not designed with Blackmagic Design hardware – or video production – in mind. Blackmagic cameras support 9.5mm thick SSD drives – a standard that many manufacturers are moving away from in favor of thinner models specified for notebook PCs. Trying to repurpose these SSDs for Blackmagic use will result in functionality issues that could threaten to derail a shoot.

Video crew members who opt for ill-suited storage devices will need to find alternative methods of connecting their SSDs. As cinematographer and RedShark contributor Phil Rhodes noted, there is the possibility that such measures will damage the camera’s components.

“The camera will accommodate either 9.5mm or 7mm thick SSDs, although 7mm types will flop around noisily inside the SSD bay, potentially stressing the SATA connector, unless the plastic spacer supplied with many low-profile SSDs is used,” Rhodes wrote.

There is also the concern that using an ill-fitting SSD drive will affect the storage device itself and the quality of recorded video. Even with a spacer in place, a thin SSD may rattle around when in use, particularly during an extremely active shoot. This movement can shake an SSD drive to the point of hardware failure, resulting in the loss of any video being recorded. An incident like this could set production behind for days, requiring extensive reshoots. For independent filmmakers, that may be financially unfeasible.

DIGISTOR SSDs meet compatibility demands
Instead of taking a risk with an off-the-shelf product, Blackmagic users should entrust their media acquisition needs to a high-quality DIGISTOR SSD drive. DIGISTOR’s Professional Video Series SSD Drives are certified and specifically designed for Blackmagic hardware, ensuring that they meet the form factor demands of the manufacturer’s equipment. Regardless of what Blackmagic model a filmmaker chooses to use, DIGISTOR SSDs will offer the compatibility needed to begin shooting reliably without the need for additional accessories.

The functionality and compatibility offered by DIGISTOR SSDs ensures that production crews avoid costly recording errors and are able to capture uncompressed, raw video. With a DIGISTOR product specifically designed for use with Blackmagic cameras, lost footage, dropped video and other devastating issues can become a thing of the past. DIGISTOR SSD’s tight design and adherence to video production form factors and standards make them the ideal acquisition media accessories for the professional filmmaker.

Many production crews run on a tight budget with little room for error. Why risk losing hours of video because of a faulty solid state drive? Go with a DIGISTOR-brand SSD from the outset and put any fears to rest. The functionality, compatibility and performance offered by DIGISTOR SSD drives make them the ideal solutions for video professionals who want to enjoy the benefits of Blackmagic cameras without having to cope with any ensuing headaches.