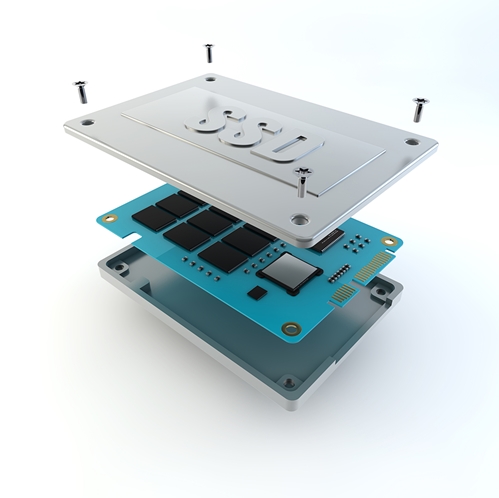 Solid state drives are becoming more viable storage devices as the technology continues to advance and adapt to emerging user needs. Many organizations have been upgrading their components to suit modern devices and ensure that users can utilize their machines effectively for years to come. Ubuntu in particular has been making critical adjustments to support TRIM technology, allowing the provider to gear up for a mobile initiative in the near future.

Devices are increasingly incorporating SSD drive interoperability in order to provide more storage options for users other than traditional hard drives. TRIM allows the operating system to automatically tell the SSD what data is not necessary and can be erased or over-written. Without this feature, the SSDs would run slower and would not last as long as ones that were enabled, according to Engadget. With TRIM, the SSD will not have to do as much writing, which will boost the drive's lifespan, prolong performance degradation and increase performance speed. Both Windows and Android developers have enabled their products, and while Linux incorporated experimental support in 2008, the technology was not enabled by default due to efficiency issues. However, despite the delay, Ubuntu 14.04 will finally have the feature as a standard and help drive the organization's push into the mobile market.

"At present, when the OS deletes a file, only the file allocation table is updated to flag the space formerly used by the file as 'unused,'" according to Myce's Jan Willem Aldershoff. "The problem here is that when this space is later overwritten, the SSD must first erase the blocks before it can write new data to them, which causes write performance to decrease. With TRIM support by the OS and drive, previously used empty space would no longer need to be erased before being written to."

Choosing a solid state drive
SSDs are quickly becoming a more integral part to device operations not only for computers, but for emerging mobile devices and new technologies as well. The SSD is becoming a standard alongside the hard drive, but there are crucial differences that users must recognize in order to utilize the parts effectively. According to Tom's Hardware, because the data is stored with NAND flash, the low power consumption, high data rates and enhanced I/O performance are just a few of the advantages that owners will be able to leverage. While these devices have traditionally been costly, the increasingly smaller manufacturing nodes are helping to improve storage density and cut manufacturing expenses, making them more viable for business use.

When comparing HDD to SSD, many users are beginning to choose the latter for their PCs and other devices. SSDs can import a substantial amount of data and speed up application processing for I/O-heavy programs like Windows' boot-up. These types of applications often don't work as well with hard drives, so the SSD's quick speeds are essential for these instances. The SSDs are also more robust and efficient than hard drives, making them an asset to the business.

"SSDs draw a few watts at most. Hard disks, however, can draw 10 W or more during sustained head movement," according to the source. "Modern SSDs don't even really get warm. Disk drives, on the other hand, often necessitate cooling. While normal front-to-back circulation through your case may be enough, the heat dissipation of your hard drive is something to think about as you build your system."