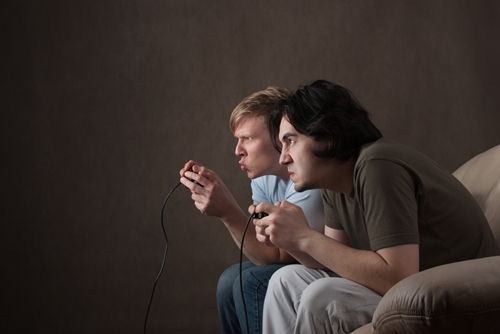 Hard disk drives used for backing up gaming data are becoming increasingly versatile by moving away from a strict focus to offering storage solutions for other media as well. Users seeking all-inclusive data archiving solutions can now turn to options that were formerly market-specific.

One case in point is DIGISTOR's Xbox 360 500GB hard disk drive, which also comes in a 1TB version. The device has been enhanced to provide 32GB of game content, while the rest of the drive can store movies, music and photos. Game storage is partitioned from other data in order to make it easy to transfer from one console to another. Other content stored on the drive can be accessed through the Xbox console and played on a television.

The drives allow users to store their game data, arcade titles and Xbox 360 and original Xbox games. A variety of other game-related content can also be stored on the drive, including game contents, avatar items, themes, icons, demos and trailers. Video files can be played back as standard or high-definition DivX or MPEG files, while users can listen to audio files and display album cover art.

The Xbox has been a popular and resilient gaming platform since its first generation was introduced in 2001. In the ensuing years, the platform's consoles have moved through their sixth through eighth generations, according to Statistic​ Brain. As of June, about 59.4 million Xbox 360 consoles and 384 million games have been sold. It has far outsold the original Xbox platform, which moved only about 24.7 million units.

Transformative gaming
The original Xbox served as an introduction to the platform and a stepping stone on Microsoft's way to introducing 3-D graphics, Chris Kohler wrote in Wired. When the Xbox 360 was introduced in 2005, it ushered in an era in which more storage space became necessary for console gamers. Gamers found that they could back back up their data through external drives and that they needed the extra capacity as games became increasingly complex.

"Online multiplayer gaming was about to transition from an experimental add-on feature to a key component of the console gaming experience, and the next-gen Xbox would be built around the idea of delivering a consistent, system-level experience," Kohler wrote.

The Xbox 360 is expected to remain on the market through 2016, and 100 new games are planned for it, Wesley Yin-Poole wrote in EuroGamer. The platform will work side-by-side with the recently released Xbox One console. DIGISTOR's Xbox 360 hard drive will continue to fill a vital need for gamers who need more storage space.