What do Comcast data caps mean for larger file needs? 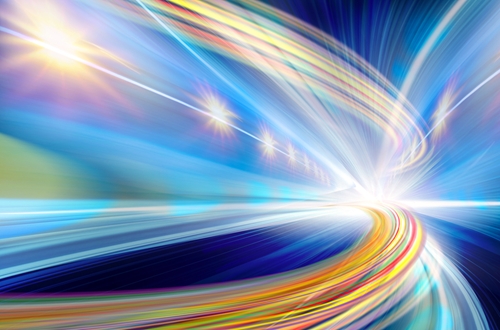 The telecom industry has been abuzz for months now regarding a proposed merger between Comcast and Time Warner Cable. Industry insiders and observers have raised concerns that the resulting company would have control over too much carrier infrastructure in the U.S., leaving consumers with little choice but to accept whatever service packages are offered. Most notably, telecom and tech writers alike have cautioned against the possibility that these two companies would look to impose data caps on their Internet connections, affecting the quality of their offerings.

Gizmodo Managing Editor Brian Barrett explained in February that Comcast currently places 300GB limits on network transmissions, which could present problems for users as their consumption needs increase. Although conceding that that figure seems large now, Barrett cautioned users against the belief that only a small minority of intensive consumers will be affected by such caps down the road.

"[A]s streaming services become more and more prevelant (sic) – and more robust – that's going to change," he wrote. "What happens three years from now when you're streaming 4K Netflix on your ultra high-def television? … That's where broadband data caps are truly insidious; you may be able to escape your monthly cable bill, but you're still stuck paying Comcast for access to the internet that powers your Hulu Plus, Aereo, Netflix smorgasboard (sic)."

Comcast pilots widespread data capping
Barrett's prediction appears to be a step closer to fruition as Comcast officials have openly discussed aggressively pursuing more data caps recently. Decision-makers with the telecom spoke to shareholders attending the Comcast Corporation at MoffettNathanson Media & Communications Summit, raising the issue of charging customers by usage instead of a flat rate. Comcast executive vice president David Cohen explained that the company has already rolled out a series of pilot programs testing the effectiveness of such an approach. Cohen went on to forecast that Comcast will likely institute data caps across its entire coverage area within five years.

Although Cohen stressed that a usage-based pricing plan would present a more balanced and fair method of paying for services, more customers could fall into the heavy consumer category as streaming services become more advanced and require more bandwidth. High-definition video is now the standard level of quality, and Netflix users will increasingly expect clear and crisp transfers. Even if streaming service providers are able to improve their product and meet that demand, customers will still need to contend with their Internet provider. Simply watching a single movie in high definition could consume a great deal of bandwidth and push the viewer closer to his or her data ceiling.

It's unlikely that Cohen's comments are simple musings holding little weight. As PCWorld contributor Ian Paul noted, the company has a long history of pursuing restrictive methods. He explained that in earlier trials, Comcast did not provide users with an option to increase their bandwidth ceiling at all, but were instead issued warnings and the threat of having their accounts suspended.

Addressing high data needs
Streaming services have been viewed by industry observers as the final nail in the coffin for physical media. This new wrinkle presented by Comcast's apparent insistence on introducing data caps across its entire network should cast doubt in the minds of consumers. Even now, Netflix, Hulu and similar Internet-based providers are unable to offer consistent video quality, with feeds often fluctuating between HD and standard definition. The inclusion of data caps will only further complicate matters and reduce the likelihood that these companies will be able to deliver clear transfers.

Physical media – and Blu-ray, in particular – are not beholden to such network concerns. Files stored on a Blu-ray disc will never be subject to issues such as bandwidth throttling or traffic bottlenecks. Media viewed or otherwise accessed through a Blu-ray disc will always provide the same quality and experience every time out. Until telecoms and streaming service providers find a way to address high-volume network traffic without hitting the consumer's pocketbook, optical media will continue to stand as the best method of delivering high-definition video. Consumer appetites for HD content continue to rise, and these recent events suggest that Internet-based organizations are not up to the task to meet those needs. Blu-ray stands as the ideal platform for record, storing and viewing high-definition video.