Why do hard drives have less actual space than advertised? 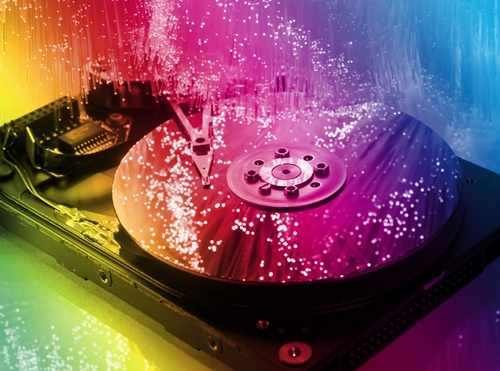 How much storage space are users actually getting when they buy a new computer or hard drive? In many cases, the formatted capacity is much lower than what's advertised.

There are several reasons for this discrepancy, including differences in how computers and humans count, as well as the widespread bundling of space-hogging software. Either way, users aren't getting the transparency they need, especially in light of how the gap is more pronounced the larger the hard drive is.

Why hard drive storage space doesn't live up to its billing
Most of the world counts in base ten, or decimal, notation, in which each number is ten times the value of the number to its immediate right. However, computers utilize the base two, or binary, which contributes to the discrepancy.

For example, a kilobyte is equal to 1000 bytes (ten to the third power) in decimal. However, a kilobyte is actually 1024 bytes (two to the tenth power) in binary. At a small scale, such a discrepancy is nearly insignificant, but with large drives, users may be looking at as much as several Gigabytes' worth of difference. The International Electrotechnical Commission has defined a Gigabyte as 1000 bytes (using the decimal system), enabling manufacturers to advertise that hard drive have more capacity than they actually do, according to Popular Mechanics.

Writing for TheNextWeb, Paul Sawers bemoaned this practice, stating that consumers have no way of knowing a computer's storage capacity without purchasing it. For users that need large amounts of hard drive space, the discrepancy is not only misleading, but a bad financial deal, too.

"The broader issue for many people is less about this discrepancy than it is about a lack of clarity and transparency on what you're actually getting for your money," Sawers asserted. "If you're paying north of [$2400/$1600] for a state-of-the-art, super-duper Ultrabook, surely it's not unreasonable to have the full information at your disposal when making that buying decision?"

Bundled software exacerbates hard drive storage space discrepancies
The decimal/binary divide is only part of the issue. Many PCs come with a large amount of pre-installed software from OEMs and/or software vendors.

Examples may include security scanners or productivity suites. Combined with the basic mathematical issues, these bundles can eat up tons of space. Sawers explained that some laptops ship with less than half of the advertised capacity available to users. A "128GB" laptop may end up with roughly 60GB of real space.

Ideally, retailers and manufacturers will eventually come up with a more transparent system for advertising hard drive space. Until then, consumers will have to keep an eye out and buy carefully.