How Our Customers Use Our SSDs 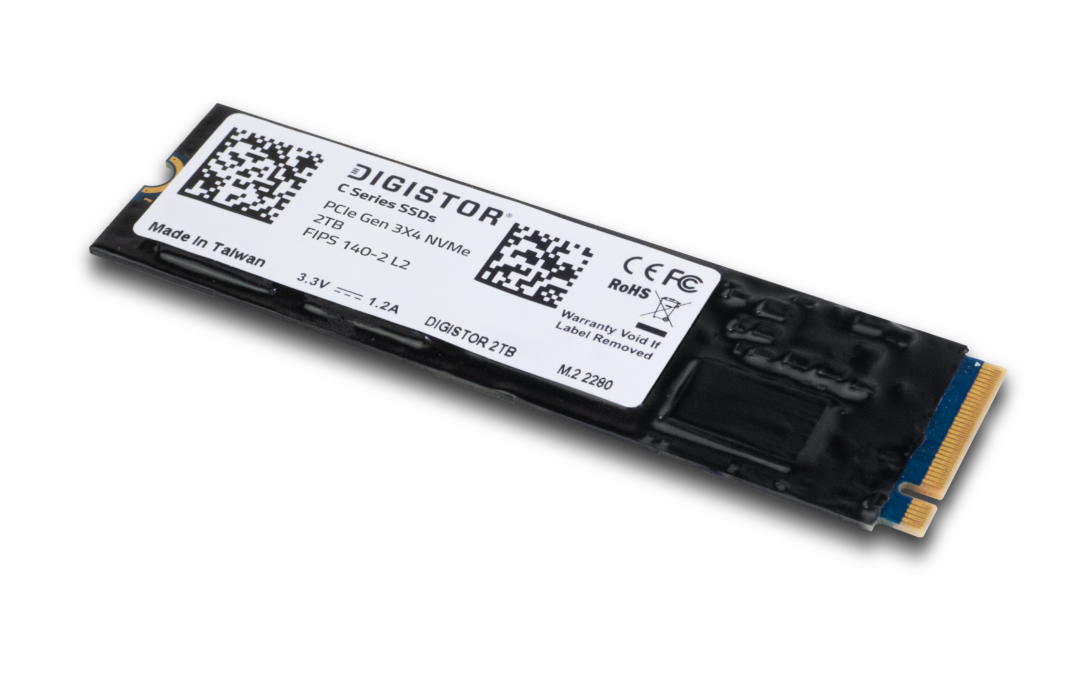 When I started writing this blog, I planned to talk only about a few use cases for self-encrypting solid-state drives (SSDs) we’ve been seeing. But the mind wandered… Later, we’ll take a detour onto the path of SSD and storage history. (Not only do I wander down memory lane, but some have told me they appreciate these detours…)

But first, our customers and how they use our SSDs.

Cybercriminal and national security concerns make it necessary for governmental entities and commercial enterprises to secure their data at rest (DAR). The best secure DAR solutions are based on HDDs or SSDs featuring an integrated hardware encryption engine (EE) that automatically encrypts data as it’s written onto the disk and automatically decrypts the data as it’s read from the disk. The number of use cases for SEDs is only growing.

Self-encrypting drives (SEDs) are our forte. Due to the sensitive nature of our customers and their applications, we usually don’t get to share where or how the SSDs are used. However, here are a few tidbits of what we do know about a few use cases.

We’ve all heard for years that autonomous vehicles are just around the corner. Self-driving cars, driverless freight-carrying trucks, delivery vehicles: all are in various phases of development and test. We have products being used in autonomous car trials, since they generate humongous amounts of data while being prototyped and tested. The manufacturers want fast, reliable data storage that is encrypted so no one can access the data if anything untoward should happen to the vehicle.

Similarly, in the case of unmanned arial vehicles (UAVs) used by the military, it’s essential that no information can fall into the wrong hands. Should anything happen to the aircraft, including being shot down over enemy lines, the stored encrypted data cannot be accessed. In both cases, resilience of the SEDs to vibration and shock is extremely important.

The Army Medical Corps was on the hunt for field-deployable rugged laptop computers. Once again, their resilience to vibration and shock made SSDs the preferred solution over HDDs, and the desire to secure DAR should any of these systems be lost in the field made SED versions of SSDs a prime requirement. Similarly, another military application included rugged laptops used for vehicle maintenance. The encrypted drives store maintenance logs, as well as reference documentation.

One unexpected use case that has emerged recently involves the deployment of new 5G radio units (RUs), distributed units (DUs) and central units (CUs), where the combination of DUs and CUs provides equivalent functionality to legacy 4G baseband units (BBUs). Many carriers now include SSD-based SEDs as part of their RU/DU/CU deployments. They use these drives to collect performance and usage data, and they need to ensure that such commercially sensitive data is secure from prying eyes should these drives fall into the wrong hands.

This is just a sampling of how DIGISTOR secure storage and CRU removable drives are used. 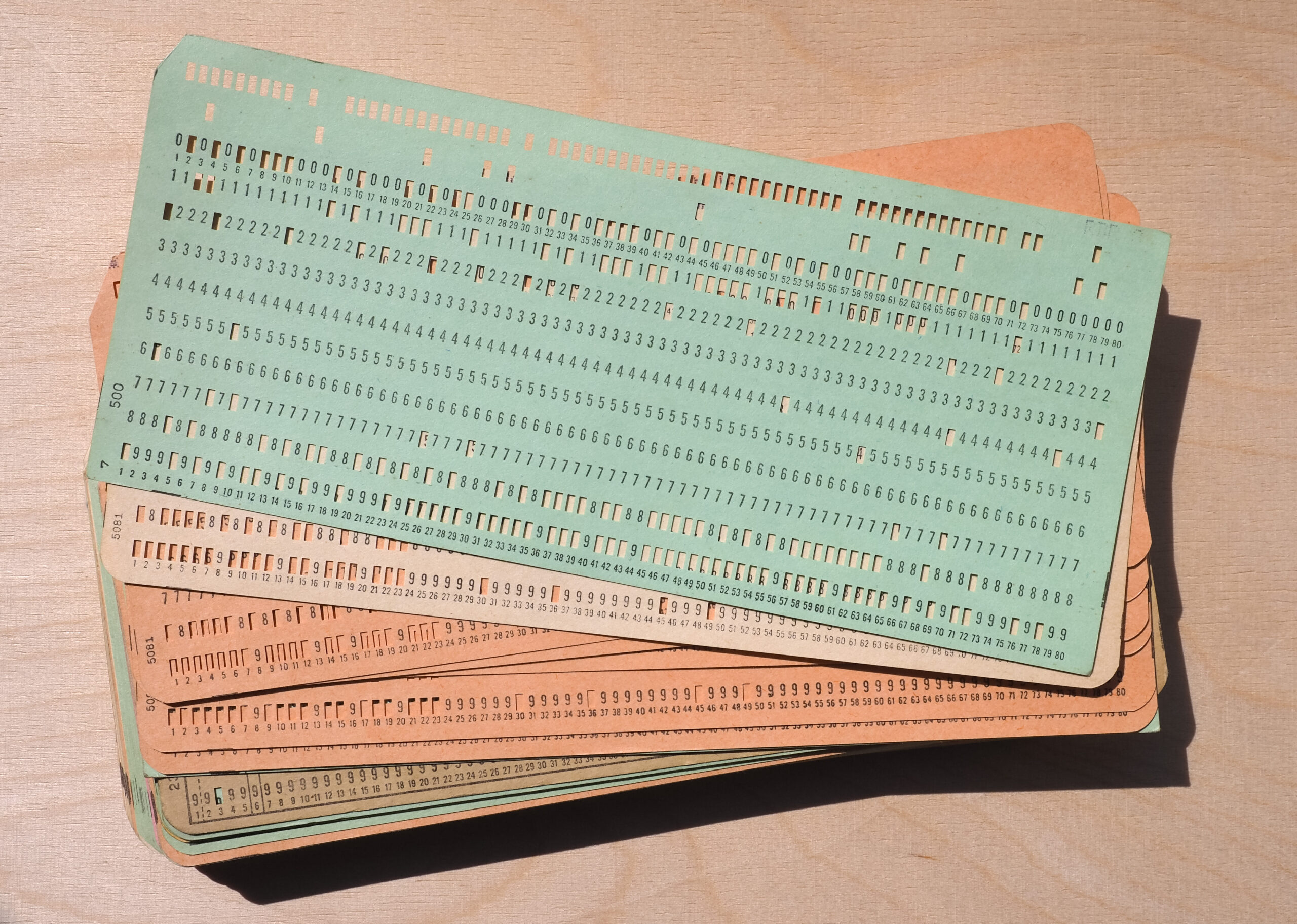 Jumping Back in History

Designers of early computer systems used several techniques to store data and programs, including perforated paper tapes and punched cards. (As a student, I had punch cards and card readers side by side with terminals and minicomputers. We all lived in fear of dropping a deck of perfectly ordered FORTRAN-coded cards…)

The next step forward used magnetic tape, which stored much more information in a significantly smaller footprint. The first computer to use magnetic tape to store data was Eckert-Mauchly’s UNIVAC I in 1951, but a big problem with this technology was that tapes are sequential in nature. As a result, tape-based systems spent much of their time searching through the tapes to locate the data they required.

Of course, in the world of the PC, there were floppy disks, which evolved to the plastic-encased 3.5-inch disks, which in turn gave us the ubiquitous save icon in Microsoft Office applications. CDs and DVDs are still used in many applications—not including AOL-induced coasters. 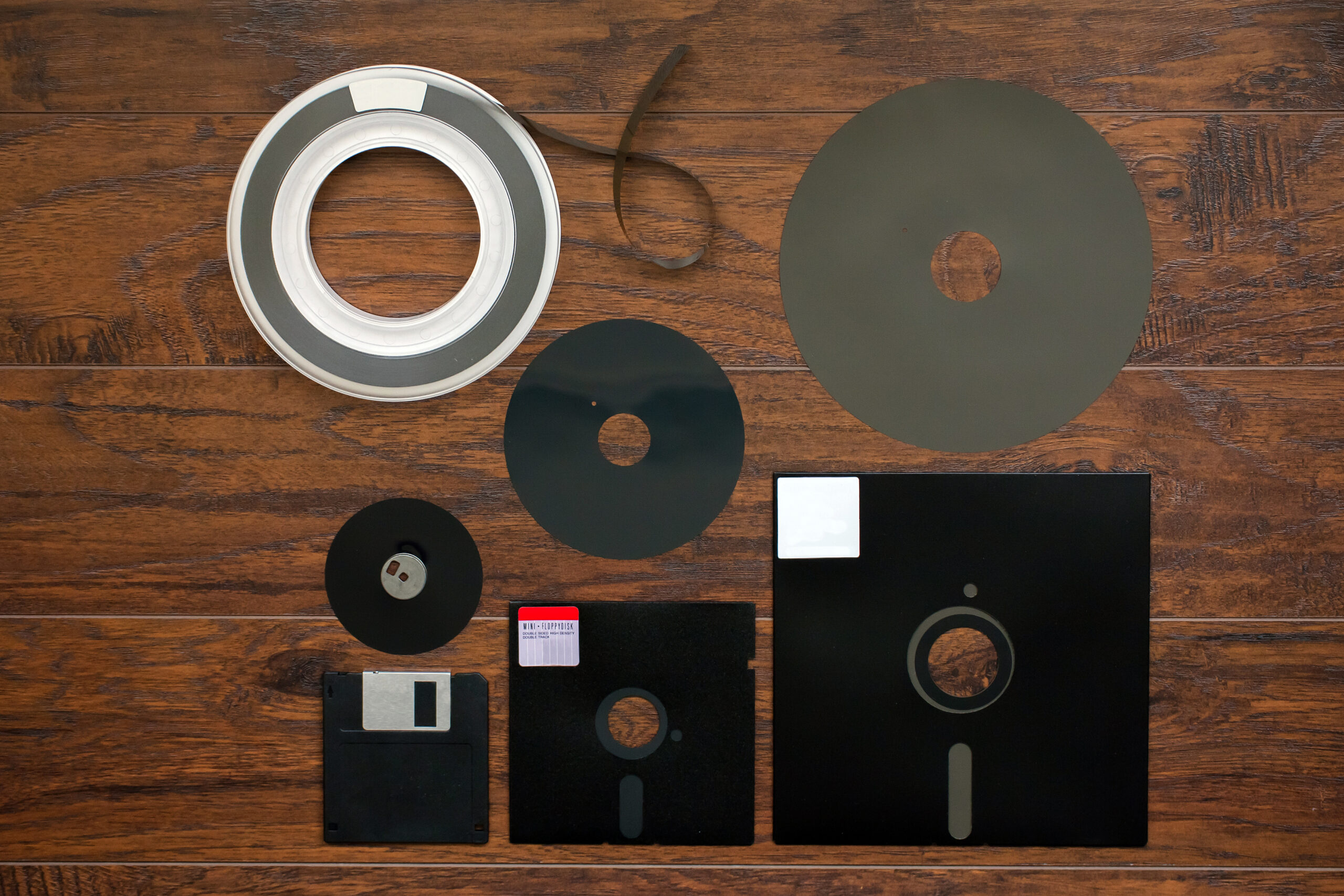 The demand for a high-capacity storage solution with rapid random-access capability (as opposed to tape’s slower linear access) drove the development of hard disk drives (HDDs). The commercial usage of HDDs began in the mid-1950s with the shipment of a production IBM 305 RAMAC system including the IBM Model 350 disk storage. Using 50 two-foot-diameter disks, the IBM 350 could store 5 million 6-bit characters (which equates to 3.75 MB) at a density of around 2,000 bits per square inch and a cost of around $10,000 per megabyte.

Clearly, HDDs today are much more advanced. They’re less expensive, smaller in size, and capacities are much larger. However, one major disadvantage to HDDs remains: they involve myriad moving electromechanical parts. Their spinning disks and read/write heads make them susceptible to shock and vibration. A relatively small jolt—a vehicle moving over bumpy ground, for example—can easily result in catastrophic damage to the drive.

I tend to think of SSDs as a recent innovation, but that speaks more to their widescale adoption rather than the invention itself. The first SSD, based on RAM, was developed in the late 1970s. This was followed by the introduction of Flash-based SSDs in the 1980s. (Cray had an SSD that would occupy more than the footprint of a half bathroom–and it held all of 1GB of data. In the mid-80s, Boulder’s National Center for Atmospheric Research acquired one of those speedy storage units at a cost of $3.5 million.)

Of course, we are well-acquainted with the many advantages of today’s SSDs over HDDs. They come in a variety of sizes and capacities. They’ve helped shrink the size of computers and other devices. SSDs are relatively impervious to vibration and shock. And they can retrieve data much faster. Their “instant on” capability makes it hard to imagine booting up a hard-drive-based laptop anymore. Initially, SSDs lagged their HDD counterparts in terms of capacity and cost, but they’ve dramatically closed the gap over time. For example, it’s now possible to purchase 8TB SSDs that are approximately the same size as a stick of chewing gum.

Building a Citadel of Trust in a Zero Trust World

Is Your Data at Rest (DAR) Truly Secure?

It’s All About Speed: PCIe Gen 4

Why Should I Buy FIPS-Certified SSDs?

What is Common Criteria and Why Should You Care?